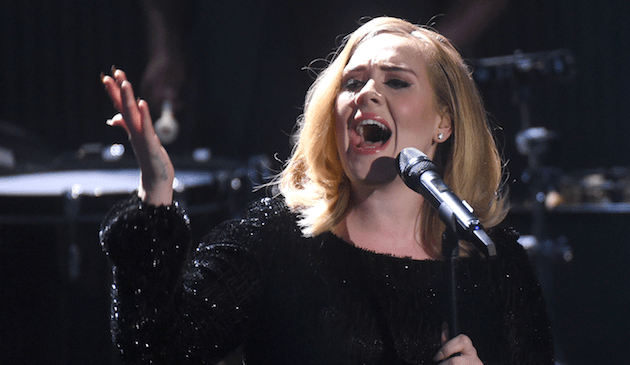 After several accounts surfaced of Donald Trump playing Adele’s music at campaign events around the country, the pop megastar has finally stepped in to tell the world she never gave the GOP frontunner permission.

“Adele has not given permission for her music to be used for any political campaigning,” her spokesman told the Independent on Monday, effectively asking the presidential hopeful to stop blasting her smash hits “Rolling in the Deep” and “Skyfall” to fire up crowds.

This isn’t the first time musicians have expressed disapproval of Trump for using their music. Back in June, when Trump first told the world he was running for president, Neil Young slammed him for playing “Rockin’ in the Free World” for the announcement. Trump responded with characteristic Trumpiness:

.@Neilyoung’s song, “Rockin’ In The Free World” was just one of 10 songs used as background music. Didn’t love it anyway.

(For the record, Neil Young “feels the Bern.”)

But Trump might be a bit more disappointed by Adele’s brush-off. The real estate mogul is a noted fan of the British singer: he even paused campaigning last November to attend the singer’s one-night-only show in New York. According to several reports, Trump reportedly cut the line to get into the exclusive show.

As for Adele, this isn’t the first time she has found herself tangled up in Republican politics. Just last week, Mike Huckabee released a head-scratching parody of “Hello.” (Due to a copyright claim, the audio for the post was muted on YouTube, then un-muted.) She also credits former GOP vice presidential nominee and governor of Alaska Sarah Palin with launching her career in America, back in 2008.