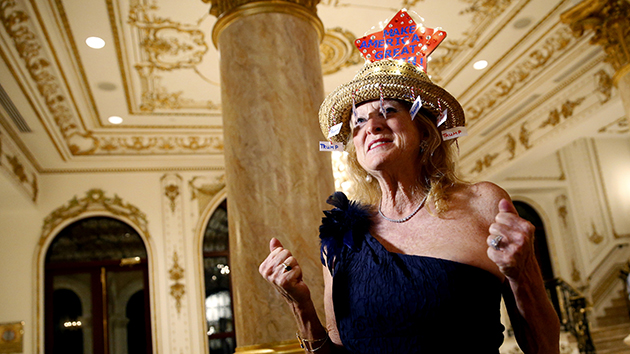 On Tuesday night, Donald Trump’s campaign reportedly turned away a Politico reporter who covers the candidate, after the reporter had helped write a story critical of Trump’s campaign manager earlier in the day.

So who did get into the ritzy victory party at Trump’s Mar-a-Lago resort in Florida? Rich people. NBC reporter Katy Tur shared the decadent outfits at the party for the candidate whose campaign depends on economically struggling voters.

Trump did have cause to celebrate: He is the projected winner in the Florida, North Carolina, and Illinois primaries on Tuesday. John Kasich won his home state of Ohio, while Missouri has not yet been called.