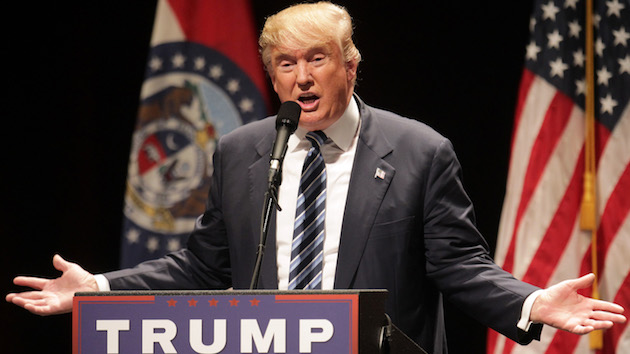 Of the many targets of Republican presidential contenders’ attacks on Donald Trump—and there have been plenty to choose from—one of their favorites has been Trump University. The now-shuttered educational enterprise (forced to change its name to the Trump Entrepreneur Initiative after the New York education department found its moniker to be misleading) is accused, in three separate lawsuits, of defrauding thousands of students into taking on massive debt they now can’t pay back by falsely marketing itself as a road to Trump-level wealth and business success.

But Trump University isn’t the only Trump endeavor that has landed in court. The tycoon has launched—or lent his name to—a slew of business ventures that have yielded frustrated customers and investors who have sought legal recourse. There are hundreds of lawsuits extending over 43 years that name Trump or one of his businesses. Here’s an incomplete list of some of those legal skirmishes that began when Trump joined his father’s business and continue through his run for the GOP nomination.

Trump Management: In 1973, the Department of Justice brought a lawsuit against Donald Trump and his father’s company, Trump Management, for alleged violations of the Fair Housing Act in connection with 39 buildings it operated. The DOJ alleged that building administrators racially coded apartment applications to secretly ensure that black applicants would be denied. The case was settled in 1975, without an admission of guilt from Trump Management.

They wrote in their filing that the current plan gave a “basket of goodies” to Trump—including a $2 million-a-year salary—leaving virtually nothing for investors.

Trump Tower: In 1980, Trump hired a contractor to demolish an old building to clear the way for Trump Tower, the midtown Manhattan skyscraper that today houses Trump’s main digs and the headquarters of the Trump Organization. To meet Trump’s deadline, the contractor hired 200 undocumented Polish laborers and kept them off the books, paying them $4 or $5 an hour—the minimum wage in 1980 was $3.10—and often requiring that they work 12-hour days with no overtime. In 1983, members of the local Wreckers Union filed a class-action lawsuit against Trump for $4 million in unpaid union pensions and other contributions that would help increase benefits for some of the Polish workers. Many of the workers also alleged that they hadn’t been paid the full wages they were due. Throughout the case and even recently, Trump has insisted that he wasn’t aware his contractor had hired these Polish workers. The courts didn’t buy it. “We find that a conspiracy to deprive the funds of their rightful contributions has been shown,” wrote the district court judge in a 1991 ruling. “There is strong evidence of tacit agreement by the parties…to employ the Polish workers and to deprive them of the benefits ordinarily accorded to non-union workers on a union job, including contributions to the funds based on their wages.” The case was settled in 1999 for an undisclosed amount and sealed, but Rubio brought it up several times during a GOP debate in February.

Trump’s Atlantic City casinos: Between 1991 and 2009, four Trump ventures declared bankruptcy, three of them involving his hotel and casino empire in Atlantic City, New Jersey. These bankruptcies spawned a number of lawsuits. Here are three, including one from his own lawyer:

Trump SoHo: In 2010, a group of buyers who had purchased condos at Trump SoHo, a luxury hotel and condo building in lower Manhattan, sued the Trump Organization, which managed the building, and the group of developers who had constructed it. They alleged that they were duped into buying these properties by representatives of Trump SoHo, who had exaggerated the building’s sales and instilled a false sense of confidence in future buyers about the project’s potential for success. The building was planned as a mixed-use condo and hotel project: Buyers could live in their properties only for a designated number of days each year, and the rest of the time their homes would be rented to hotel guests, with the buyer and Trump SoHo sharing rental revenue. In their complaint, the buyers said they had been misled in the personal pitches and statements to the press made by representatives of Trump SoHo, who said the project was “30, 40, 50, 60 percent or more” sold. In reality, only 16 percent of the building’s units were sold—just 1 percent more than is needed to start an offering plan, a document for buyers that outlines the details of a construction project that is under development. A year later, the buyers settled with the sponsors of Trump SoHo after they promised to refund 90 percent of the apartment deposits. Trump SoHo was completed in 2010 and was purchased by CIM Group in 2014 after going into foreclosure proceedings because it couldn’t find enough buyers. Roughly two-thirds of the units still haven’t been sold.

Trump Tower Tampa:  In 2009, a group of at least 20 condo buyers sued Trump for overselling his role in the development of a luxury condo project in Tampa, Florida, that was ultimately never built and remains an empty lot to this day. Buyers put down 20 percent deposits on 190 units that cost between $700,000 and nearly $6 million, in part because the project’s marketing materials persuaded them that Trump was behind the development of the building. In fact, he had only lent his name to the project through a licensing agreement. The case was ultimately settled, with some buyers getting back as little as $11,115, after investing hundreds of thousands of dollars.

A Trump Organization VP wrote in an email, “At least for formal, prepared speeches, can someone vet going forward? Hopefully the Latino community does not organize against us more broadly in DC / across Trump properties.”

Trump Baja: Tampa was not the only place where condo buyers sued Trump for overselling his role in a project. In 2010, more than 100 condo buyers sued Trump after they lost millions of dollars in deposits they’d put down on apartments in Trump Ocean Resort Baja, a planned luxury oceanfront hotel and condo building near Tijuana, Mexico, that was never built. The property was foreclosed on in 2008, in the middle of the financial crisis, before construction had begun. Buyers had been given the impression that Trump was developing the property—a selling point for many—but when the project was foreclosed on, it turned out that he had merely licensed his name to the venture. The lawsuit accused Trump of fraud and violating federal disclosure laws, among other charges, and a confidential settlement was secured in 2013.

Trump Model Management: In October 2014, Jamaican fashion model Alexia Palmer filed a lawsuit against Trump’s modeling agency. She alleged that Trump Model Management had engaged in “fraudulent misrepresentation” and violated immigration and labor laws when it agreed, as part of her visa application, to pay her a $75,000 annual salary, but then didn’t pay anywhere close to that amount. Palmer says she was paid just $3,880.75 over three years. Trump Model Management filed a motion to dismiss the case, and a New York district judge dismissed the case in March 2016.

The chefs: In June 2015, while announcing his candidacy for the Republican nomination, Trump memorably described Mexican immigrants as criminals and “rapists.” On July 8, acclaimed restaurateur José Andrés  announced that he was pulling his restaurant from Trump’s planned Washington, DC, hotel due to the candidate’s comments. Shortly after, Geoffrey Zakarian, a second chef with an agreement to open an eatery at the hotel, also withdrew. In July and August, Trump sued Andrés’ company and Zakarian‘s firm for breach of contract, asking each for $10 million in damages and lost rent. About a month later, both chefs countersued Trump, alleging that the real breach of contract was on his side. As Andrés explained in his lawsuit, which sought $8 million in damages, Trump’s decision to disparage immigrants made it difficult to run a Spanish restaurant associated with his name. From Andrés’ complaint: “The perception that Mr. Trump’s statements were anti-Hispanic made it very difficult to recruit appropriate staff for a Hispanic restaurant, to attract the requisite number of Hispanic food patrons for a profitable enterprise, and to raise capital for what was now an extraordinarily risky Spanish restaurant.” BLT Prime, a steak restaurant chain, has since agreed to open a location in Trump’s DC hotel.

In February, as proceedings in the Andrés-Trump legal battle moved forward, internal Trump organization emails were submitted as part of court proceedings. After an email from Andrés’ company said the company was getting blowback over Trump’s statements on immigrants, a Trump Organization vice president sent an email to Ivanka Trump. “Ugh,” the vice president wrote. “This is not surprising and would expect that this will not be the last that we hear of it. At least for formal, prepared speeches, can someone vet going forward? Hopefully the Latino community does not organize against us more broadly in DC/across Trump properties.”