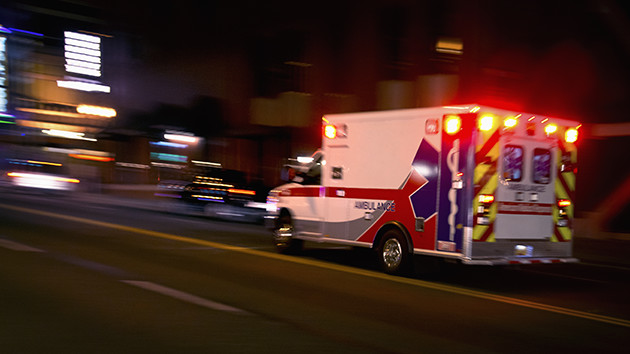 Medical researchers have known for years that America’s leading cause of death, heart disease, kills people of color at a higher rate than it does white people. A new study out this week suggests that the reasons why may be much more heavily influenced by systemic issues, such as emergency room care, than previously thought.

Researchers found that California hospitals with the highest share of black patients exceeded emergency room capacity more frequently than other hospitals, which forces them to reroute ambulances carrying overflow patients to other medical facilities. The study, funded by the National Institute of Health and published in the medical journal BMJ Open, reviewed data on medical emergency services in 26 California counties serving nearly 30,000 patients between 2001 and 2011.

This rerouting process, known as ambulance diversion, can lead to life-threatening delays in treatment for time-sensitive medical emergencies like heart attacks and increases the likelihood that patients will die, the authors say.

“Cardiologists often say that time is muscle, or time is heart tissue,” says Renee Hsia, an ER doctor and professor at the University of California-San Francisco who co-wrote the study. “When you have a clot, every minute matters. Even if you don’t die right away, you have a poorer heart over the long term.”

The study found that both black and white patients whose nearest hospitals were affected by ambulance diversion were less likely to receive standard treatments and less likely to live beyond a year after their heart attack, compared with patients at hospitals that don’t divert ambulances.

While the study focuses on California counties, the issue likely affects other states as well, Hsia said.

This new research may help illuminate why the rate of deaths related to heart disease is 33 percent higher for black Americans than it is for the overall US population, according to American Heart Association figures. Other experts have documented a variety of reasons for this disparity, ranging from less access among people of color to insurance and consistent medical care, longer waits for emergency medical help from first responders, less knowledge about symptoms, and implicit bias among physicians.

Emergency room overcrowding is caused by a long list of issues, Hsia said, and gravely ill patients are a special challenge at busy hospitals because they require more care.

Each new patient—especially one with a critical condition like a heart attack—requires extensive staff attention and technological resources before and after a physician sees him or her. When a person with a heart attack arrives in a hospital’s ambulance bay, for example, they must be unloaded by paramedics, directed to a bed by a triage nurse, undressed by a technician or medical assistant, and taken to have blood drawn by a nurse, Hsia said. Then a radiology technician must take a chest X-ray and process and print it, while another nurse or technician needs to take an EKG.

“All of these things take time,” she said, adding that such patients have more specialized needs after they are diagnosed. “If the physician decides the patient needs treatment for a heart attack, they have to activate cath lab, and a clerk has to page all the staff that needs to come in. Then you need all those people to come in, and you need a transport team to take the patient to the lab.”

“Those are all the steps where you could see bottlenecks happen,” Hsia said.

Previous studies have found that hospitals serving areas with a relatively high share of black residents have other problems that may affect the care they provide. Such hospitals are more likely to experience money shortages, in part because they are more likely to rely on public funding. Also, their patients are more often uninsured or covered by Medicare or Medicaid—which typically reimburse bills at a lower rate than private insurers. The shortage in funding can in turn make it tough to compete with privately funded hospitals when hiring specialized medical talent, such as cardiologists.

“These are structural disparities that people can’t see but are very real,” Hsia said.