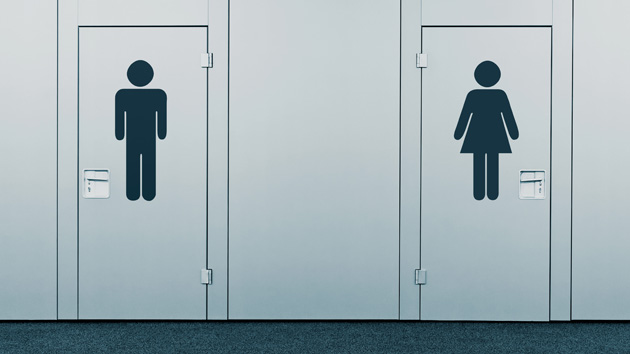 Anyone who’s tuned in to the recent uproar over anti-LGBT legislation in the South (and elsewhere) may be wondering why Republicans are suddenly so worried about bathrooms. In March, North Carolina became the first state to restrict access to public restrooms according to the sex listed on people’s birth certificates—a serious problem for transgender men and women who don’t identify with their birth sex. Lawmakers in at least 15 other states, including South Carolina, Tennessee, Kansas, Illinois, and Minnesota, have considered so-called bathroom bills this year, with South Dakota lawmakers passing their own version in February before it was vetoed by the governor there.

These bathroom bills may be a form of backlash to the Supreme Court’s legalization of gay marriage last summer, and to the growing visibility of transgender people in the media, says Cathryn Oakley, senior legislative counsel for Human Rights Campaign. Yet the speed at which they’ve emerged across the country, often with similar or identical language, raises the possibility that these bills are part of a coordinated effort. “It would be surprising if legislators across the country all had the same idea at the same time,” Oakley says.

Many conservative groups have promoted these bills: As my colleague Hannah Levintova reported, three of Ted Cruz’s advisers threw their support behind the bathroom bill in North Carolina, as did the Family Research Council. Another group, the Family Action Council of Tennessee, rallied behind a bathroom bill in its state, along with the executive director of the Tennessee Baptist Convention. But one conservative powerhouse appears to be particularly influential when it comes to putting bathroom bills on the agenda: a massive, deep-pocketed network of lawyers called Alliance Defending Freedom.

“It would be surprising if legislators across the country all had the same idea at the same time.”

ADF, which is based in Arizona, has offices around the world, with more than 3,000 allied attorneys and $44 million in case funding that it uses to fight for its core issues, which include religious freedom, “sanctity of life,” and marriage and family. (On filings to the IRS, it says its mission is to “defend the right to hear and speak the truth.”) The group’s president, CEO, and chief counsel is Alan Sears, a former Justice Department official under President Ronald Reagan who wrote The Homosexual Agenda: Exposing the Principal Threat to Religious Freedom Today.

ADF’s lawyers have promoted anti-sodomy laws and defended the right of business owners to decline services to gay couples.

The Alliance Defending Freedom claims to have been involved in 47 legal victories at the Supreme Court, including Boy Scouts of America v. Dale, in which the justices found that the Boy Scouts had a right to bar gay people from serving as troop leaders. (The Scouts lifted the ban last year.) ADF also offered legal assistance to the group that put Proposition 8—a ban on gay marriage—on a California ballot in 2008. Its lawyers have promoted anti-sodomy laws in the United States and abroad, describing gay sex as “a distinct public health problem,” and they’ve defended the right of business owners to decline services to gay couples.

And over the past few years, the group has worked to shape the national debate over transgender people’s access to public bathrooms. Back in December 2014, ADF sent a letter to school districts across the country with a recommended policy that would require transgender kids to use private bathrooms or the multistall bathrooms corresponding with their birth sex. In the following months, it also proposed model legislation to state assemblies, calling for similar restrictions. In many cases, lawmakers appear to have mirrored or even copied the group’s draft while crafting their own bills.

Take Kansas, where lawmakers earlier this year were considering a bill that would have allowed students to sue their schools if they found someone of the wrong sex in the bathroom. Here’s the relevant part from that bill:

Or look at North Carolina, which last month enacted HB2, a sweeping anti-LGBT law that, among other things, requires people to use public bathrooms corresponding with the sex on their birth certificates. Here are some excerpts from that law, starting with a definition of “biological sex”:

“Sex” means the physical condition of being male or female, which is determined by a person’s chromosomes, and is identified at birth by a person’s anatomy…In all public schools in this State, student restrooms, locker rooms, and showers that are designated for one sex shall by used only by members of that sex…Students who consistently assert to school officials that their gender is different from their sex, and whose parent or legal guardian provides written consent to school officials, shall be provided with the best available accommodation, but in no event shall that accommodation be access to student restrooms, locker rooms, or shower rooms designated for use by students of the opposite sex while students of the oppose sex are present.

Here’s another comparison between sentences in the ADF’s model and bills considered last year in Nevada and Minnesota.

ADF model: “In any other public school facility or setting where a student may be in a state of undress in the presence of other students, school personnel shall provide separate, private areas designated for use by students based on their sex.”

Nevada: “In any school facility or setting where a pupil may be in a state of undress in the presence of other pupils, a public school shall provide separate, private areas designated for use by pupils based on their biological sex.”

Minnesota: “In any other public school facility or setting where a student may be in a state of undress in the presence of other students, school personnel shall provide separate, private, and safe areas designated for use by students based on their sex.”

(Check out more comprehensive side-by-side comparisons of the text here, via Media Matters for America.)

The Kansas lawmakers who wrote their state’s bathroom bill found a copy of the ADF model legislation during their drafting process, according to state Sen. Mary Pilcher-Cook. “We thought it did a good job of being thorough and concise, so we adopted parts of it,” she told Mother Jones. In Minnesota, a state lawmaker told MinnPost that he did not receive outside advice while drafting a new bathroom bill this year, but that he considered the language from legislation in North Carolina and other states. The lawmakers who co-sponsored North Carolina’s law did not respond to requests for comment.

ADF legal counsel Matt Sharp says it’s “unsurprising that some legislators have drawn on ADF’s model legislation, while others have chosen to draft using other sources or even entirely from scratch.” Lawmakers often look to a variety of outside sources while writing bills, he says, noting that gay rights groups routinely produce model legislation, too.

“Protecting young children from inappropriate exposure to the opposite sex is not only perfectly legal, it’s a school district’s duty,” wrote ADF legal counsel Jonathan Scruggs.

The network of lawyers has also targeted school districts. Some school officials, including in Virginia, have been taken to court for alleged discrimination after blocking trans kids from bathrooms of their choice; in 2014, ADF offered to provide free legal representation to any district that was sued for similar reasons. In 2014 and 2015, the group sent letters to school administrators in Arizona, New York, Missouri, Ohio, and Kentucky, urging them to overturn policies that allowed trans students to use locker rooms and restrooms corresponding with their gender identity. “Protecting young children from inappropriate exposure to the opposite sex is not only perfectly legal, it’s a school district’s duty,” said Jonathan Scruggs, another ADF lawyer. “Letting boys into girls’ bathrooms is an invasion of privacy and a threat to children’s safety. The school district is actually subjecting itself to potential liability if any of these children encounter any harm.” Sharp adds that children’s “right of bodily privacy is under attack by the Obama administration’s Department of Education,” which has argued that blocking trans kids from bathrooms is a violation of Title IX, a civil rights law that prohibits discrimination on the basis of sex in federally funded education programs.

ADF says on its website that it “refrains from participating in or promoting any type of legislation” and “does not lobby government officials.” Yet its lawyers have offered testimony and legal analysis to state legislatures in Kansas, South Carolina, Tennessee, and Colorado in favor of restrictive bathroom bills and against legislation that protect gay and transgender people from discrimination. Perhaps not coincidentally, one of the first states to seriously consider a bathroom bill, back in 2013, was Arizona—where the ADF is headquartered.