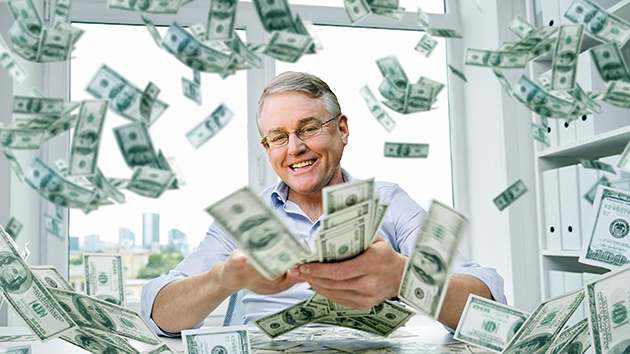 State Sen. Jamie Raskin won Tuesday’s Democratic primary in Maryland’s eighth congressional district. But the bigger story is who lost—that would be David Trone, a wine retailer who spent $12.7 million of his own money in the hopes of winning the seat.

Trone, running in a district that includes the affluent Washington, DC, suburbs in Montgomery County, set a record for most money spent by a self-funding congressional candidate to win a House seat. (The previous record was $7.8 million, and that included both a primary and a general election; as of early April, Raskin’s campaign had spent a little more than $1 million.)

The irony is that Trone was running as a campaign finance crusader. Much like Donald Trump, who cites his $35 million investment in his campaign as proof he can’t be bought, Trone believed his enormous personal wealth would insulate him from charges of corruption. “I certainly could have raised enough money to fund a competitive campaign,” he said in a full-page Washington Post ad two weeks ago, when he had only spent a pedestrian $9.1 million. “But the PACs, lobbyists and big dollar donors who give money would expect special attention. No matter how well-intentioned, those contributions and the candidates who take them are part of the reason Washington is broken.”

That message carried him to the brink of success—or maybe it was just the deluge ads—but in the end, money alone didn’t cut it. Trone won by large margins in the two counties that comprise a smaller portion of the district, but Raskin held a sizable edge in his home county, Montgomery. Trone’s final receipt: a little more than $400 per vote.