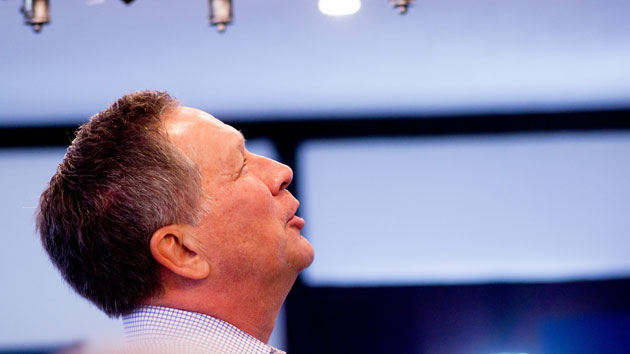 On Sunday night, it finally happened. Just before 11 p.m., the campaigns of Ohio Gov. John Kasich and Texas Sen. Ted Cruz released matching statements promising to work together to stop Donald Trump from clinching the Republican nomination before the convention. The agreement they struck was that Kasich would stop campaigning in his neighboring state of Indiana, to give Cruz a chance to catch Trump there, and Cruz would stop campaigning in his neighboring state of New Mexico, as well as Oregon, in the hopes of boosting Kasich there. Anti-Trump voices had been calling for candidates to work together for months (Cruz trampled over Marco Rubio’s frantic appeal for help in Florida); the alliance was a sign that reality had set in.

But one thing missing from the agreement was any indication that Kasich and Cruz would actually tell their voters in Indiana, New Mexico, or Oregon, to support the other guy. And sure enough, while eating at a diner in Philadelphia on Monday morning, Kasich decided to pour water on the whole plan. Would the governor, a reporter asked, tell his supporters in Indiana to vote for Cruz? No, Kasich said. “I’ve never told them not to vote for me; they ought to vote for me.” He explained that the deal had nothing to do with strategic voting—it was only about whether to campaign or not campaign. Sounds like a strong alliance!

This is the most passive-aggressive thing Kasich has done since the last time someone tried to make a deal with him:

Kasich spox Rob Nichols on Rubio news: “We were going to win in OH without his help, just as he’s going to lose in FL w/o ours”