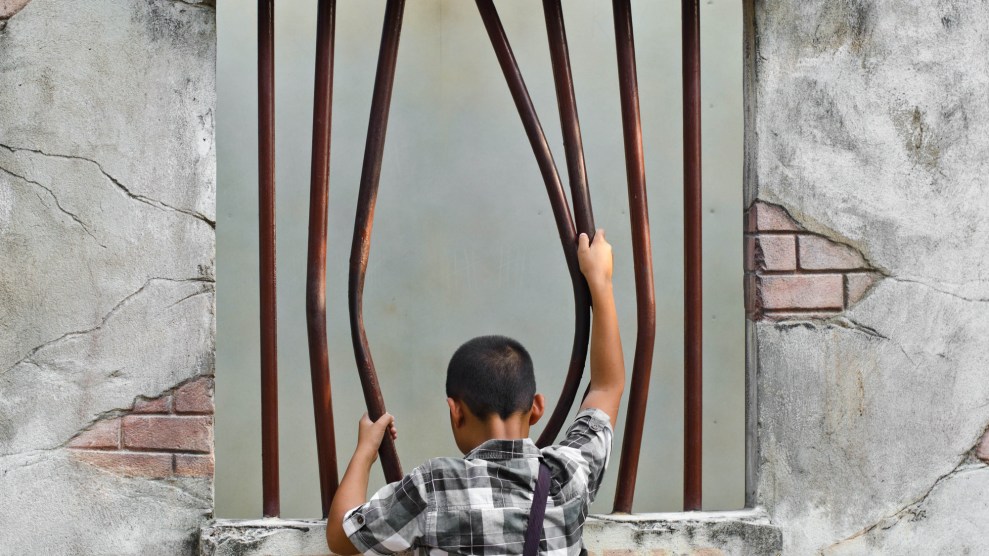 This story is published in partnership with The Marshall Project.

Almost everyone serving life in prison for crimes they committed as juveniles deserves a shot at going home. That’s the thrust of a series of Supreme Court rulings, the fourth and most recent of which was decided this year. Taken together, the high court’s message in these cases is that children are different than adults when it comes to crime and punishment—less culpable for their actions and more amenable to change. As such, court rulings have determined all but the rarest of juvenile lifers are entitled to “some meaningful opportunity to obtain release based on demonstrated maturity and rehabilitation.” 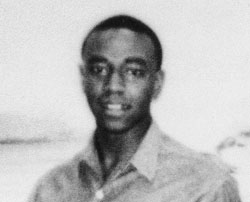 When He Was 16, This Man Threw One Punch—and Went to Jail for Life Courtesy of Deborah Buchanan

The court left it up to states how to handle this year’s new ruling but suggested parole boards were a good choice. “Allowing those offenders to be considered for parole,” Justice Anthony Kennedy wrote in January, gives states a way to identify “juveniles whose crimes reflected only transient immaturity—and who have since matured.” Most states have taken this option, changing juvenile lifers’ sentences en masse from life without to life with the possibility of parole.

But prisoner’s rights advocates and attorneys have begun to argue that parole boards, as they usually operate, may not be capable of providing a meaningful opportunity for release. A handful of courts have agreed.

Last month, a New York state appeals court judge ruled that the state’s parole board had not “met its constitutional obligation” when it denied parole to a man who had killed his girlfriend when he was 16. Dempsey Hawkins is now 54 and has been denied parole nine times in hearings that, the court said, did not adequately weigh what role his youth and immaturity had played in his crime.

Also last month, a group of juvenile lifers in Maryland filed suit, arguing that not a single juvenile lifer had received parole in that state in the last 20 years. “Rather than affording youth a meaningful and realistic opportunity for release…grants of release are exceptionally rare, are governed by no substantive, enforceable standards, and are masked from view by blanket assertions of executive privilege,” the lawsuit says.

“There are just two relevant kinds of sentences: those that provide a meaningful opportunity for release and those that don’t,” says Sarah French Russell, a Quinnipiac University law professor who studies juvenile justice. “Sentences that are not technically labeled life without parole can deny a meaningful opportunity for release because of the procedures or criteria used by the parole board.”

In almost every state, parole board members are political appointees with little incentive to release prisoners who committed violent crimes, The Marshall Project has reported. Boards operate with wide discretion to make decisions for almost any reason, and in many states, their decisionmaking is shielded from public view and not subject to appeal. A recent analysis by the University of Minnesota law school found that parole release rates in many states remain stuck under 10%, even as the country searches for solutions to mass incarceration. In Ohio, 7% of hearings result in parole being granted. In Florida, the 2014 grant rate was 2%.

One common basis for parole denial is the seriousness of the crime. This may be an allowable metric for adult offenders, these lawsuits argue, but in light of the Supreme Court’s rulings, juvenile lifers must be judged by a different standard.

“No meaningful opportunity [to prove rehabilitation] can be granted where the only consideration at a parole hearing is the severity of the offense,” wrote attorneys for Blair Greiman, who was sentenced as a teenager in Iowa to life without parole for kidnapping and rape, then re-sentenced after the Supreme Court’s rulings.

At 16, high on horse tranquilizers he had stolen from the veterinary supply at his family’s farm, Greiman raped a woman, stabbed her, and left her for dead. Now 50, Greiman says he has a “simple desire to live a decent life and not be defined by the worst act of my life.” In prison, he has earned a degree, become a master woodworker, participated in counseling and treatment and published a novel, the lawsuit says. Yet, repeatedly denied parole because of the seriousness of his crime, Greiman “is effectively placed in the same situation as he was previously—a juvenile offender serving life sentences without eligibility for parole,” his lawyers argue. Fred Scaletta, assistant director of Iowa’s corrections department, said the board cannot comment on pending litigation. Since Greiman filed suit, the board has approved him for placement in minimum security, a step towards work release, and will review him again next year, Scaletta said.

A handful of states have implemented special parole board procedures for juvenile lifers. Massachusetts and Connecticut provide funding for attorneys to represent juvenile lifers before the board. The Massachusetts Supreme Court also said juvenile lifers were entitled to fees for expert witnesses and to appeal the outcome to a judge—all protections that adult offenders do not enjoy.

“In the case of a juvenile homicide offender—at least at the initial parole hearing—the task is probably far more complex than in the case of an adult offender,” the Massachusetts court wrote. Juvenile lifers must be given the chance to prove that their crime was committed, at least in part, because they were young—immature, impressionable, dependent on adults—but to do that requires gathering educational, medical, and legal paperwork, sometimes decades old, from behind bars. “An unrepresented, indigent juvenile homicide offender will likely lack the skills and resources to gather, analyze, and present this evidence adequately,” the court wrote.

California, Louisiana, West Virginia, and Nebraska have all passed laws providing new rules and procedures for parole boards to follow in cases of juvenile lifers.

In New York, attorneys for Mr. Hawkins are lobbying the governor to widen the scope of the court’s ruling in his case and put protections in place for all juvenile lifers facing the state’s parole board.

Even with special protections, lawyers and advocates say, whether juvenile lifers get parole is still largely dependent on the political atmosphere and whims of the board members. From 2013 until last year, half of juvenile lifers who went before the Massachusetts board were granted parole; that rate dropped to zero when a new board chair took over last September. Lawyers for the last 14 juvenile lifers to go before the board—all of whom were denied parole—say they plan to begin filing lawsuits.