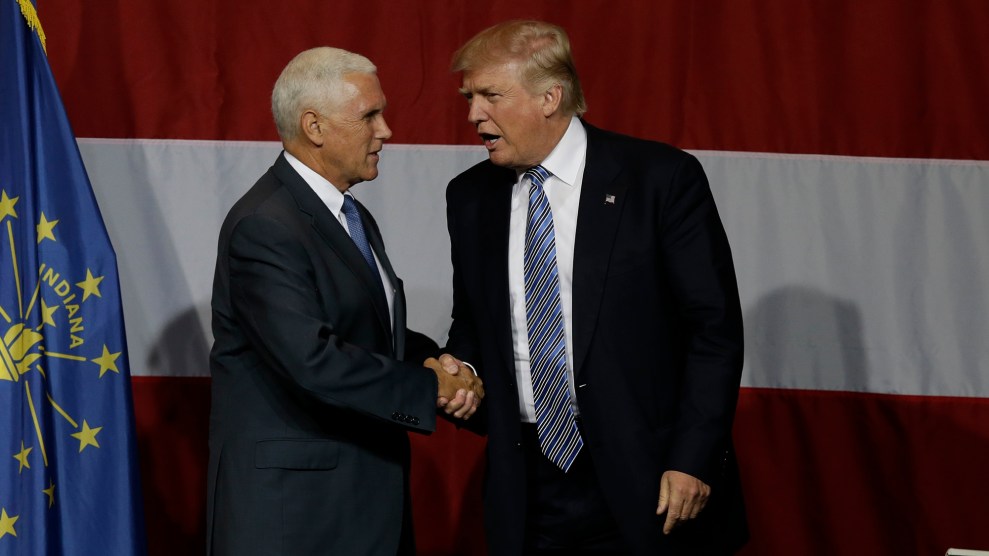 I am pleased to announce that I have chosen Governor Mike Pence as my Vice Presidential running mate. News conference tomorrow at 11:00 A.M.

Pence brings social conservative cred to a Trump campaign that has lacked it. But he has disagreed with Trump on two of Trump’s major policy proposals. He has also sworn off the type of negative campaigning that is Trump’s hallmark.

For a full history of Pence’s record, in Congress and as governor, of opposing measure’s to protect LGBT and abortion rights, read our story from Thursday.