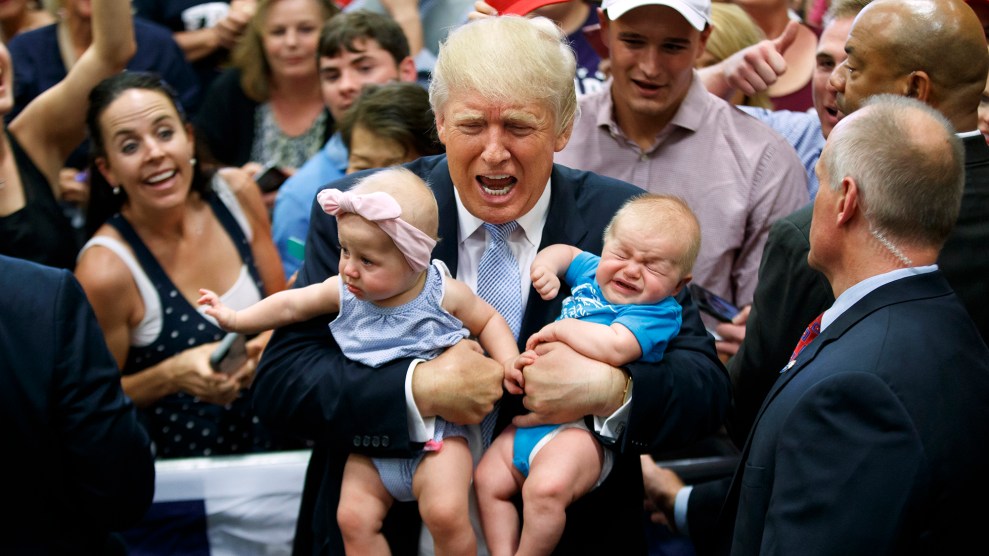 Donald Trump doesn’t humor any interruptions during his speeches—even if those outbursts are coming from an infant. During a rally Tuesday in Northern Virginia’s Loudoun County, a baby in the audience started to cry. At first, Trump played the role of common-man politician, saying, “I love babies. I hear that baby crying. I like it.” But as the dissatisfied infant kept making noise during Trump’s attacks on China, the real estate mogul changed his mind. “Actually, I was only kidding. You can get the baby out of here,” Trump said.

“I think she really believed me that I love having a baby crying while I’m speaking,” Trump added incredulously. “That’s okay, people don’t understand.”

The baby wasn’t the only child making noise at Trump’s event. As several reporters at the event noted on Twitter, a young boy in the crowd shouted a colorful anti-Clinton message.

A little kid is yelling “Take the bitch down!” when Trump mentions Hillary Clinton. A little kid. No more than 10, I would say.