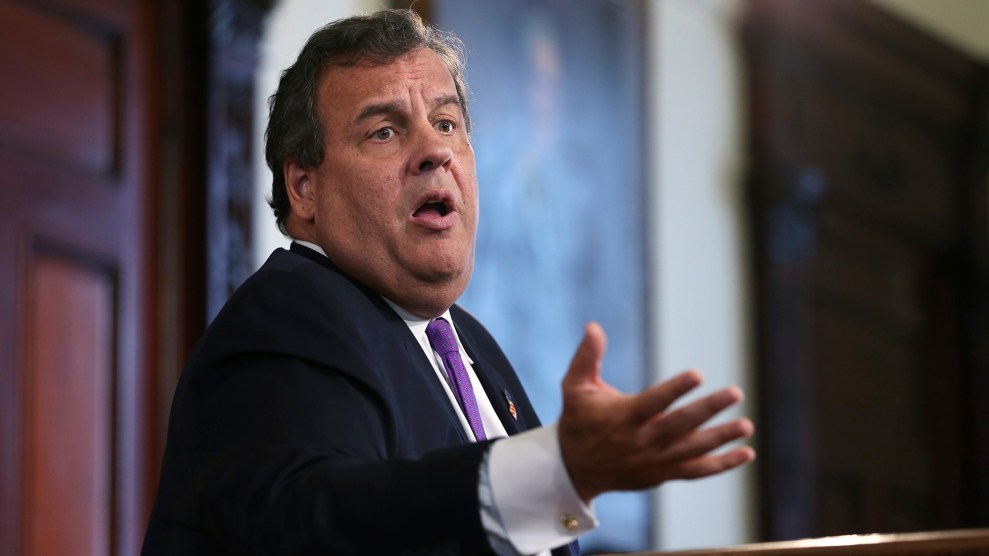 New Jersey Gov. Chris Christie knew about the lane closures known as Bridgegate while the scandal was unfolding in September 2013, a federal prosecutor told jurors on Monday.

Since the lane closures created four days of mayhem in Fort Lee, New Jersey, near the George Washington Bridge to Manhattan, Christie has run for president, vied to be Donald Trump’s running mate, and become a senior adviser to Trump. The closures, undertaken in apparent retribution for the Fort Lee mayor’s refusal to endorse Christie’s 2013 gubernatorial re-election bid, has already appeared to hurt Christie’s political fortunes and could make it harder for Christie to remain a prominent Trump campaign surrogate. Christie acknowledged last week that the scandal was one reason Trump did not choose him as his running mate. “I’m sure it was a factor,” he told MSNBC’s Brian Williams, while maintaining his innocence. “No one has ever been able to prove that I knew anything or had any role in this and this trial will just confirm that.”

According to Politico, assistant US attorney Vikas Khanna explained that Christie’s aides bragged to Christie about the traffic jam when they spoke to him at a 9/11 memorial in Manhattan while the traffic problems were ongoing. Christie has not been charged with any crime, but one of his appointees to the Port Authority and one of his top aides are on trial for charges of wire fraud, conspiracy, deprivation of civil rights, and misuse of federal funds allocated to the Port Authority of New York and New Jersey.