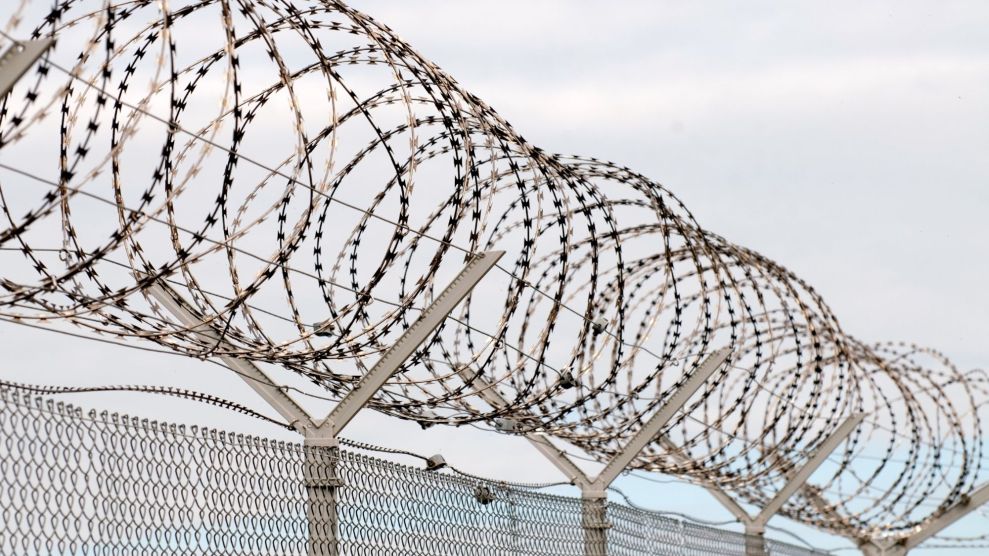 Prisoners across the country are gearing up for what they hope will be one of the largest prison strikes in history. According to activists, today prisoners in at least 21 states, including at least 800 inmates in California, will refuse to go to work to protest what they call “modern-day slavery.”

“This is a call to end slavery,” reads the official call for the strike, which coincides with the 45th anniversary of the Attica prison uprising. “They cannot run these facilities without us.” Though there have been prison strikes in the past, including one in Texas in April and one in Alabama in May, this will be one of the first times that inmates have tried to coordinate a strike on a national level.

“Work is good for anyone,” says Melvin Ray, an inmate at the W.E. Donaldson Correctional Facility in Bessemer, Alabama, and a member of an organizing group called the Free Alabama Movement. “The problem is that our work is producing services that we’re being charged for, that we don’t get any compensation from.”

Inmates throughout the country generally hold jobs that help maintain their prisons, such as landscaping, cleaning, and kitchen work. Wages vary from state to state. In at least three states—Texas, Arkansas, and Georgia—prisoners are not paid anything for their labor. In federal prisons, inmates earn about 12 to 40 cents an hour. Nor can prisoners opt out of working, says Paul Wright, an editor at Prison Legal News. “Typically prisoners are required to work, and if they refuse to work, they can be punished by having their sentences lengthened and being placed in solitary confinement,” Wright says.

Phillip Ruiz, an organizer with the Incarcerated Workers Organizing Committee (IWOC), was incarcerated in California for nearly 10 years. He recalls having a job baking bread that earned him just nine cents a month, while a can of soda at the commissary cost around $2 and a packet of ramen cost $1. “You have to save up for six months just to buy some food products,” he says. “It reminds me of a sweatshop on a huge, much larger level.”

Ray, who is serving a sentence for murder, says one of the strike’s goals is to raise awareness among prisoners “that not only do we have a significant role in our incarceration, we have a significant opportunity to bring about our own freedom.” The Free Alabama Movement came up with the idea for the strike. Last fall, it circulated a pamphlet encouraging prisoners in each state to come up with their own demands for improving prison conditions.

“We’re realistic. We know that all our demands aren’t going to be given to us,” Ruiz says of the strike. “The hope is that some concrete things develop as far as changing the conditions.” He hopes the protest will send the message to prison authorities that “You guys aren’t going to get away with what you’re doing to prisoners anymore.”

Cole Dorsey, an IWOC organizer in the Bay Area, says that inmates understand that going on strike comes with serious risks: inmates could be put into solitary confinement or segregation, and could lose phone call and visiting privileges—”all the things that prisoners look forward to,” says Ruiz.  But both Dorsey and Ruiz say that inmates are prepared to face them. “It’s a slow death that we’re facing anyway,” says Dorsey, “so we’re going to confront the system head-on.”