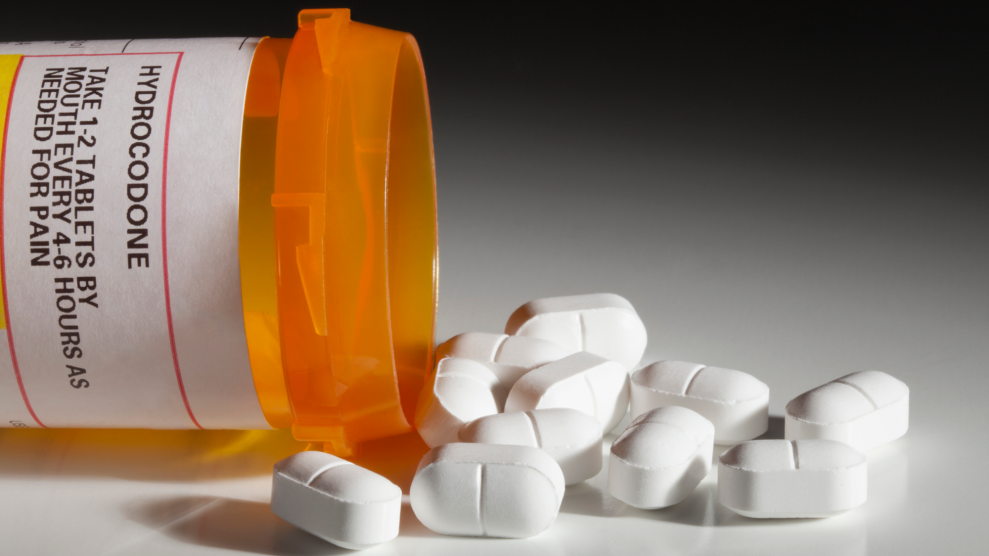 Last year, nearly 20,000 Americans died of overdoses involving opioids, a class of drugs including heroin and prescription painkillers like Vicodin, Percocet and fentanyl. A big driver of the crisis: Easy access to the painkillers, which were prescribed to 259 million Americans in 2012—enough for each adult to have a bottle of pills.

But politicians haven’t done a whole lot to limit accessibility to the drugs. A recent investigation from the AP and the Center for Public Integrity may help explain why: Over the past decade, pharmaceutical companies have spent more than $880 million on lobbying and political contributions at the state and federal level. That’s more than eight times what the gun lobby and more than 200 times what those advocating for stricter prescribing rules spent over the same time period.

“The makers of prescription painkillers have adopted a 50-state strategy that includes hundreds of lobbyists and millions in campaign contributions to help kill or weaken measures aimed at stemming the tide of prescription opioids,” the authors conclude. The investigation looked into contributions from drug companies as well as lobbying groups like the Pain Care Forum (PCF) and the American Cancer Society’s Cancer Action Network (CAN).

PCF was founded by a lobbyist for Purdue Pharma, creator of OxyContin—the same company that paid a $600 million fine in 2007 for misleading the public about the addictive qualities of the drug. CAN is a lobbying branch of the American Cancer Society that is partly funded by drug companies. The group argues that cancer patients should have access to pain medications.

Of the contributions over the past decade, $80 million went to state and federal candidates. But most of the money—$746 million—was spent on lobbying. A few examples of the money in action:

The pharmaceutical companies and lobbying groups claim that Americans should have adequate access to medications to relieve pain, and they stand against abuse of the drugs. Dr. Andrew Kolodny, founder of Physicians for Responsible Opioid Prescribing, has a different take. “The opioid lobby has been doing everything it can to preserve the status quo of aggressive prescribing,” he told the AP and CPI. “They are reaping enormous profits from aggressive prescribing.”