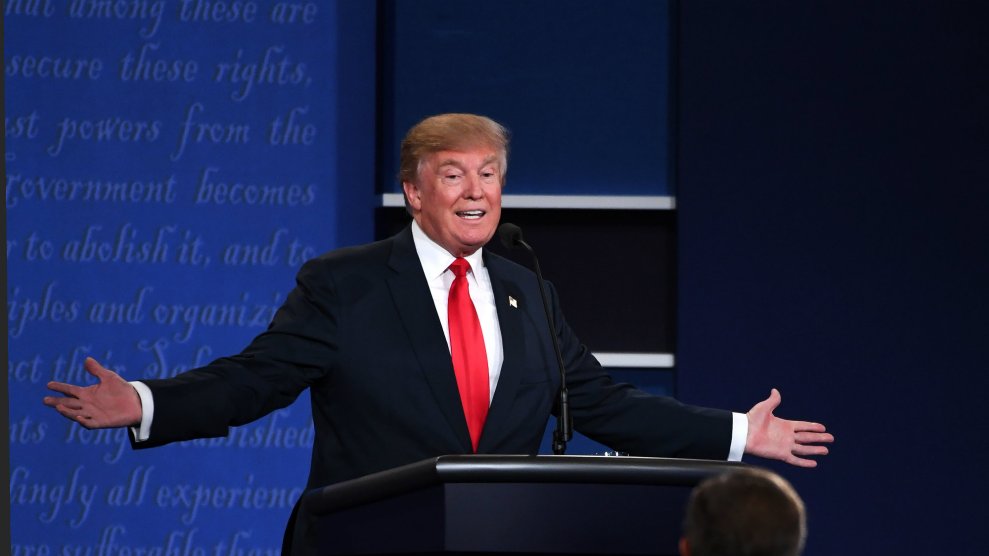 Yet another woman accused Donald Trump on Thursday of groping her—the 10th woman to accuse the Republican presidential candidate of unwanted sexual contact in the past eight days.

At a press conference with famed women’s rights attorney Gloria Allred, Karena Virginia alleged that in 1998, Trump groped her at the US Open Tennis Tournament. In her statement, Virginia claimed that Trump approached her while she was waiting for a car to pick her up and drive her home. “Hey, look at this one,” Trump said, according to Virginia. “We haven’t seen her before. Look at those legs.” She said Trump then grabbed her arm before putting his hand on her breast. “I was in shock,” Virginia said. “I flinched. ‘Don’t you know who I am? Don’t you know who I am?’ That’s what he said to me,” she alleged.

Virginia said no one asked her to come forward, but that she did so in support of the other women who have made allegations against Trump.

Allred admitted to being a supporter of Hillary Clinton but said she had no contact with the campaign regarding her allegations or those of former Apprentice contestant Summer Zervos, another accuser who held a press conference with Allred last week.

According to Allred, Virginia is not planning to pursue a lawsuit.

The issue of Trump’s unwanted sexual advances toward women has sparked a firestorm just weeks before the election. On October 8, the Washington Post released a video showing Trump making lewd comments about his interactions with women in 2005. Since the release, 10 women have come forward to accuse him of groping or kissing them without their consent.