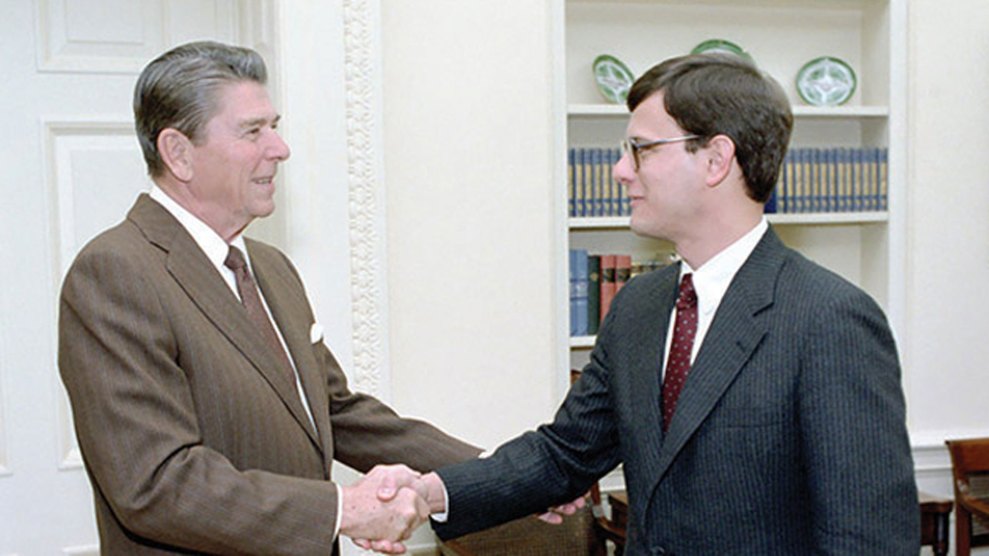 In 2013, when Chief Justice John Roberts Jr. issued the most far-reaching Supreme Court decision on voting rights in the 21st century, he finally succeeded in gutting a civil rights law he has been fighting his entire career. For three decades, Roberts has argued that the United States has become colorblind to the point where aggressive federal intervention on behalf of voters of color is no longer necessary—and this case, Shelby County v. Holder, was the pinnacle of that crusade.

Roberts honed his views on race and voting as a clerk for Justice William Rehnquist, a man who as a court clerk himself had written a memo endorsing Plessy v. Ferguson, the “separate but equal” doctrine upholding segregated schools. On the high court, Rehnquist helped redefine opposition to civil rights laws as a commitment to color blindness, and he used this theory to undermine the 1965 Voting Rights Act.

Roberts took a similar outlook in the Reagan Justice Department, where he worked after finishing his Rehnquist clerkship. Gerry Hebert, now executive director of the Campaign Legal Center, was also at the DOJ. He recalls that Roberts “had it in for the Voting Rights Act,” which Roberts thought should cover only intentional discrimination, not discriminatory results or effects of state voting regulations. But proving intentional discrimination is virtually impossible—and besides, Hebert says, judges “don’t want to find that somebody was a racist.” They’d rather focus on the discriminatory impact of a law. “I don’t think John Roberts ever got that.”

Echoing Rehnquist, Roberts has long insisted the United States has achieved a postracial, colorblind society, a point he emphasized in his 2013 majority opinion in Shelby County v. Holder. That 5-4 decision eviscerated a critical component of the Voting Rights Act: the requirement that jurisdictions with a long history of voting discrimination submit any changes in voting procedures to the DOJ for “preclearance,” to ensure those changes didn’t have a discriminatory impact. Preclearance blocked more than 700 discriminatory voting changes between 1982 and 2006 alone. But in the Shelby opinion, Roberts asserted that “history did not end in 1965” and such protections were no longer warranted. Federal oversight of the jurisdictions in question, mostly states in the Deep South, along with Texas, Alaska, and Arizona, was outdated and unjustified, he said.

“The speed with which formerly covered states passed laws making it harder for people of color to register and vote shows that Roberts was engaged in little more than wishful thinking.”

In a scathing dissent, Justice Ruth Bader Ginsburg laid out evidence that those states have not grown colorblind—by any stretch. She recounted how federal investigators had secretly recorded Alabama officials referring to African Americans as “Aborigines” and openly plotting to block a ballot initiative they thought would increase African American turnout, as “every black, every illiterate,” would be “bused [to the polls] on HUD financed buses.”

“These conversations occurred not in the 1870’s, or even in the 1960’s, they took place in 2010,” she wrote, indicating why preclearance “remains vital to protect minority voting rights and prevent backsliding.”

Ginsburg proved prescient. After the 5-4 Shelby decision, states passed a torrent of new voting restrictions that overwhelmingly affected minorities. On the day the decision was handed down, Texas announced that the only two forms of state voter identification it would accept were a driver’s license or a gun license—a measure the DOJ had previously blocked. Georgia moved some municipal elections in predominantly minority areas from November to May, depressing turnout by nearly 20 percent in one instance. Alabama implemented a strict voter ID law—and then shut down driver’s license offices in every county where more than 75 percent of voters were African American. Perhaps the most blatant was North Carolina’s omnibus voting law. Passed shortly after the Shelby decision, the law imposed strict ID requirements, limited the registration window, and dramatically cut early voting during times traditionally used by African Americans.

“The speed with which formerly covered states passed laws making it harder for people of color to register and vote shows that Roberts was engaged in little more than wishful thinking,” says Richard Hasen, a University of California-Irvine law professor who specializes in election law.

The undoing of the Voting Rights Act may be one of Roberts’ most lasting legacies. But “there’s a lot of resistance among some lower-court judges to Roberts’ views of the state of race relations and voting…and it is reflected in some of their decisions,” Hasen says. In July the 4th Circuit Court of Appeals blocked enforcement of North Carolina’s voting law, saying its provisions “target African-Americans with almost surgical precision.” In the wake of Justice Antonin Scalia’s death, Roberts no longer had enough votes on the Supreme Court to prevent that ruling from taking effect before the election.

Will any of these developments prompt Roberts to rethink his Shelby opinion? Probably not. In the August order the Supreme Court issued that blocked North Carolina’s draconian voting law, Roberts wrote that he personally would have allowed most of the law to take effect. And despite the lower-court rulings, in November 14 states will have new voting restrictions that didn’t exist in 2012. “He probably still believes he is right, because he likely sees what is going on as simple partisan politics,” says Hasen. “But for many of us, we see a world in which it is once again getting harder, not easier, for people—especially people of color—to cast a ballot which will count.”