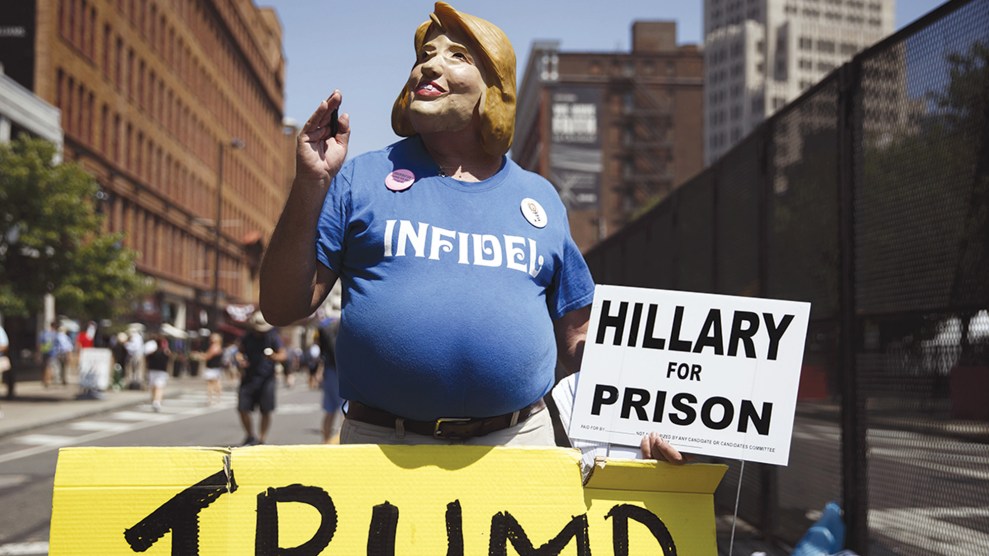 At Sunday’s presidential debate, Donald Trump promised to prosecute and imprison his Democratic rival, Hillary Clinton, if he wins the November election. Trump’s comments, which are unprecedented in the history of American presidential campaigns, was quickly denounced by liberals and some conservatives. Republican strategist Stuart Stevens tweeted that the only other politician he’d seen make such a threat “was later convicted of war crimes.”

But Trump’s position, while shocking, was not new. It has been a core plank of his platform since last winter, and a fantasy of many of his supporters for far longer. Here’s a brief history of an authoritarian fever dream that’s moved from the conspiratorial fringe to the center stage of a presidential debate.

December: Donald Trump tweets an image of a supporter in a “Hillary for Prison” T-shirt.

June 11: An electronic road sign on Interstate 30 outside Dallas is hacked to read “Hillary for Prison.”

July 16: A plane pulling an Infowars-branded “Hillary for Prison” banner flies over Cleveland.

July 19: In his RNC speech, New Jersey Gov. Chris Christie puts Clinton on trial. As the crowd shouts, “Lock her up!” he responds, “We’ll get there.”

July 20: “‘Lock her up.’ I love that,” Florida Attorney General Pam Bondi quips during her RNC speech. Wisconsin Gov. Scott Walker tells attendees, “Hillary Clinton is the ultimate liberal Washington insider. If she were any more on the inside, she’d be in prison.” Google searches for “Hillary for Prison” peak. 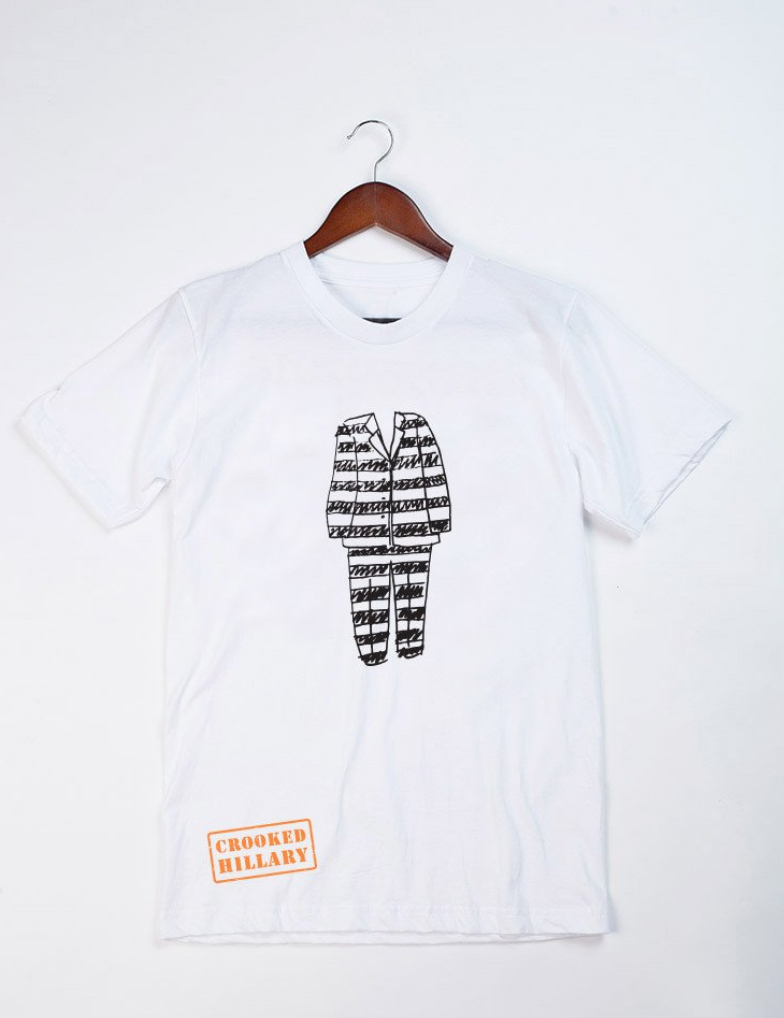 July 30: At a town parade in Iowa, children throw water balloons at a “Hillary for Prison” float while a man in a Hillary mask and an orange jumpsuit dances inside a cage.

Early August: Conservative media buzzes with the story of a Mississippi boy who wore a “Hillary for Prison” T-shirt to provoke his liberal teacher.

October 9: At the second presidential debate, Trump tells Clinton that if he’s elected, he will appoint a special prosecutor and “you would be in jail.”