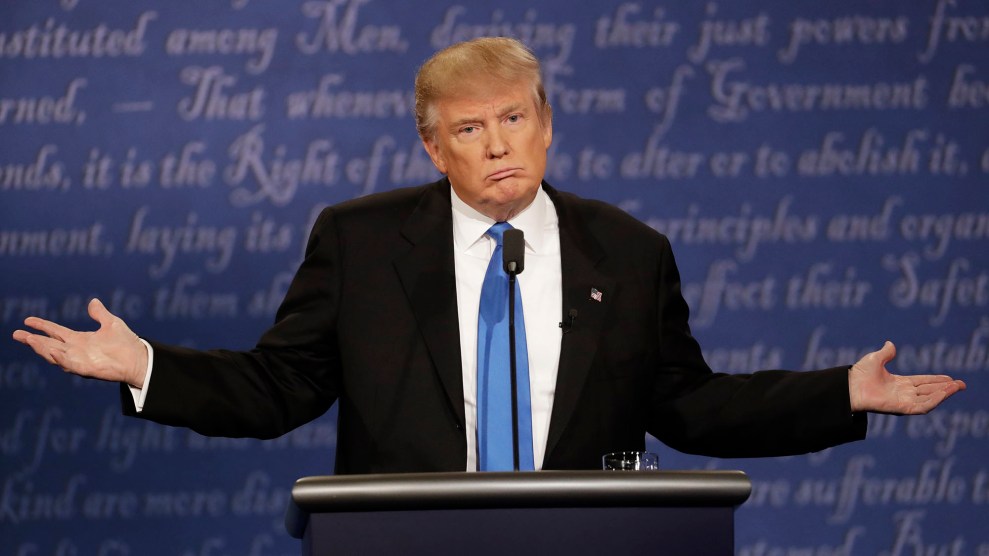 It’s been less than 24 hours since a 2005 video of Donald Trump bragging about groping women created a political firestorm Friday afternoon. By Saturday morning, Republican elected officials were issuing “unendorsements” of Trump and calling for him to withdraw from the GOP ticket. It turns out that saying “grab ’em by the pussy” is one offensive comment too far for many Republicans. But those who did endorse Trump were overlooking a lot of other actions that had tainted Trump—and his supporters—since he announced his candidacy last year.

Here is just a sampling of the deplorable things Trump has said and done—and that Republicans now looking for a lifeboat had previously decided to overlook:

Trump’s latest comments about women are obviously out-of-bounds behavior. But many Republicans will now have to explain why they found his previously known comments and actions acceptable.