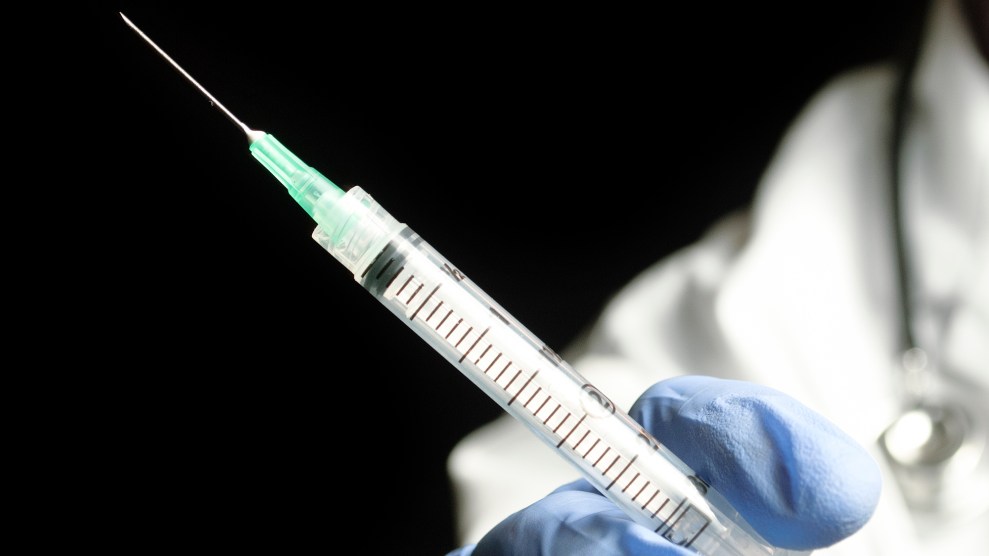 A nationwide shortage of injectable estrogen has left thousands of transgender women without a medication that helps them physically transition—and that health experts have described as lifesaving.

Injecting estrogen is one of the most popular methods for trans women to appear more feminine. The medication is crucial, health experts say, because a mismatch between a masculine body and a female gender identity can cause trans women to experience a medical condition called gender dysphoria—extreme distress that sometimes leads to attempts at self-mutilation and suicide. Manufacturers previously suggested the drug would be back on pharmacy shelves in October, but last week the Food and Drug Administration announced a delay, saying the drug would not be available for at least another month.

Doctors have blamed the injectable-estrogen shortage on the FDA and manufacturers. The brand-name version of the drug ran out because its manufacturer, Par Pharmaceuticals, suddenly lost the supplier for its main active ingredient. The company has since contracted with a new supplier and is waiting for approval from the FDA. “The FDA recognizes this is an important drug, and is working with the drug manufacturers so that the drug may return to the market as quickly as possible,” Andrea Fischer, a spokeswoman for the agency, told BuzzFeed. Perrigo, a company that makes the generic version, did not respond to BuzzFeed‘s request for comment.

“Something like this can throw people to a bad place,” said Gina Bingham, a trans woman.

The shortage has left thousands of transgender women in a tough situation. “The drive and desire to be authentic, to live in the correct body, it’s so strong,” Gina Bingham, a trans woman in California, told BuzzFeed. “Something like this can throw people to a bad place.”

There are alternatives to injectable estrogen—doctors can prescribe the hormone in pill or patch form—but many trans women say these aren’t as effective. And they’re also less convenient: The patches can be prohibitively expensive. The pills must be taken daily and can affect the liver, since they’re processed through the digestive system.

Injectable estrogen isn’t just for transgender women: It comes in three doses (40mg, 20mg, 10mg) and the smallest one is often prescribed for post-menopausal women. But only the two larger doses—the ones transgender women use—have been affected by the shortage, though doctors aren’t sure why. Some say it would be extremely painful to give trans patients four injections of the smallest dose, since that would mean injecting four times as much liquid.

The shortage “speaks to the disparity of how we as a community understand the importance of hormones for trans people,” Anthony Vavasis, the director of an LGBT health center in New York, told Out magazine. “What if tomorrow we announced, ‘There’s no more insulin available for diabetics?’ How would that play?”