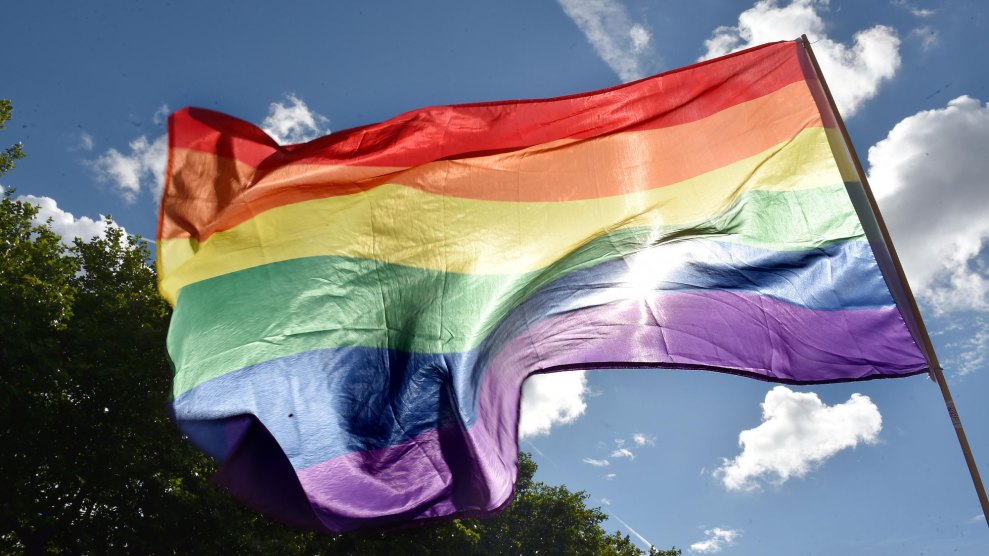 In a time of uncertainty and anxiety for LGBT rights advocates, and with plenty of battles left to fight, 2016 showed some encouraging signs for broader protections at the state level, according to a new analysis by the country’s biggest LGBT advocacy group.

Over the past year, state legislatures saw an uptick in bills affecting the LGBT community—with a whopping 753 such bills introduced. Some of the most famous, like North Carolina’s “bathroom bill,” sought to restrict their rights. But many more bills—two-thirds of them, in fact—pushed to improve protections for the LGBT community, the Human Rights Campaign found in a report published Wednesday. “There has definitely been some good to come out of the last 12 months,” says Lynne Bowman, a field director for the advocacy group, which put out the report in collaboration with Equality Federation Institute.

Sixteen nondiscrimination laws passed this year, including in Massachusetts, which enhanced its law in July to give trans people the right to use public bathrooms and locker rooms based on their gender identity. Governors in Montana, Louisiana, New Hampshire, and Pennsylvania signed executive orders expanding protections for gay and trans state employees (though a Louisiana judge struck down the governor’s protection this week.) 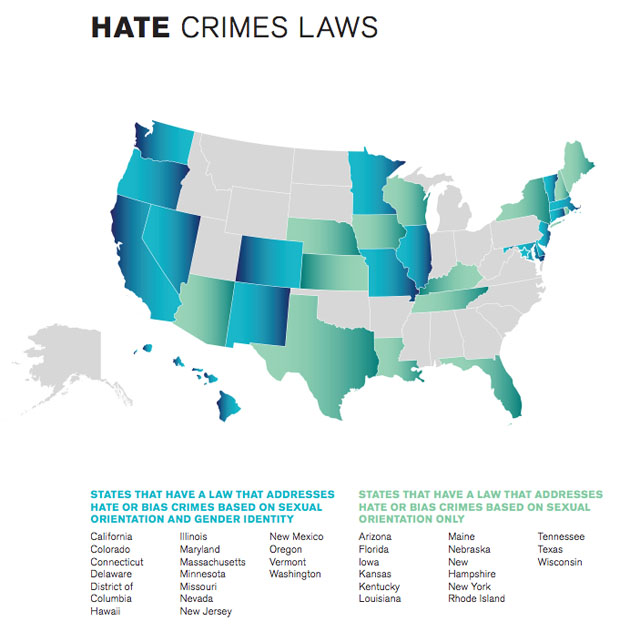 Hate crime laws were also expanded in a dozen states to include crimes targeting people for their sexual orientation or gender identity. (Check out how your state stacks up, in the map above.) The number of hate crime laws proposed more than doubled from 2015, with attacks on the LGBT community gaining national attention in the wake of the shooting at Pulse nightclub in Florida that left 50 people dead this summer.

But it wasn’t all good news for LGBT rights. State legislators proposed more than 250 anti-LGBT bills this year, more than in any other year since 2009. The most high-profile setback was North Carolina’s House Bill 2, which removed anti-discrimination protections for LGBT workers and required trans people to use the bathroom corresponding to their biological sex, not their gender identity. Gov. Pat McCrory and North Carolina’s legislators met immediate pushback, losing an estimated $395 million in business in the state and sparking a Justice Department lawsuit. Even so, 14 other states proposed their own bathroom bills this year—though none of them became law. Of the 252 total bills seeking to restrict LGBT rights, only 8 passed. It “took a lot of collective work” to make sure this restrictive legislation didn’t go through, HRC’s Bowman said. 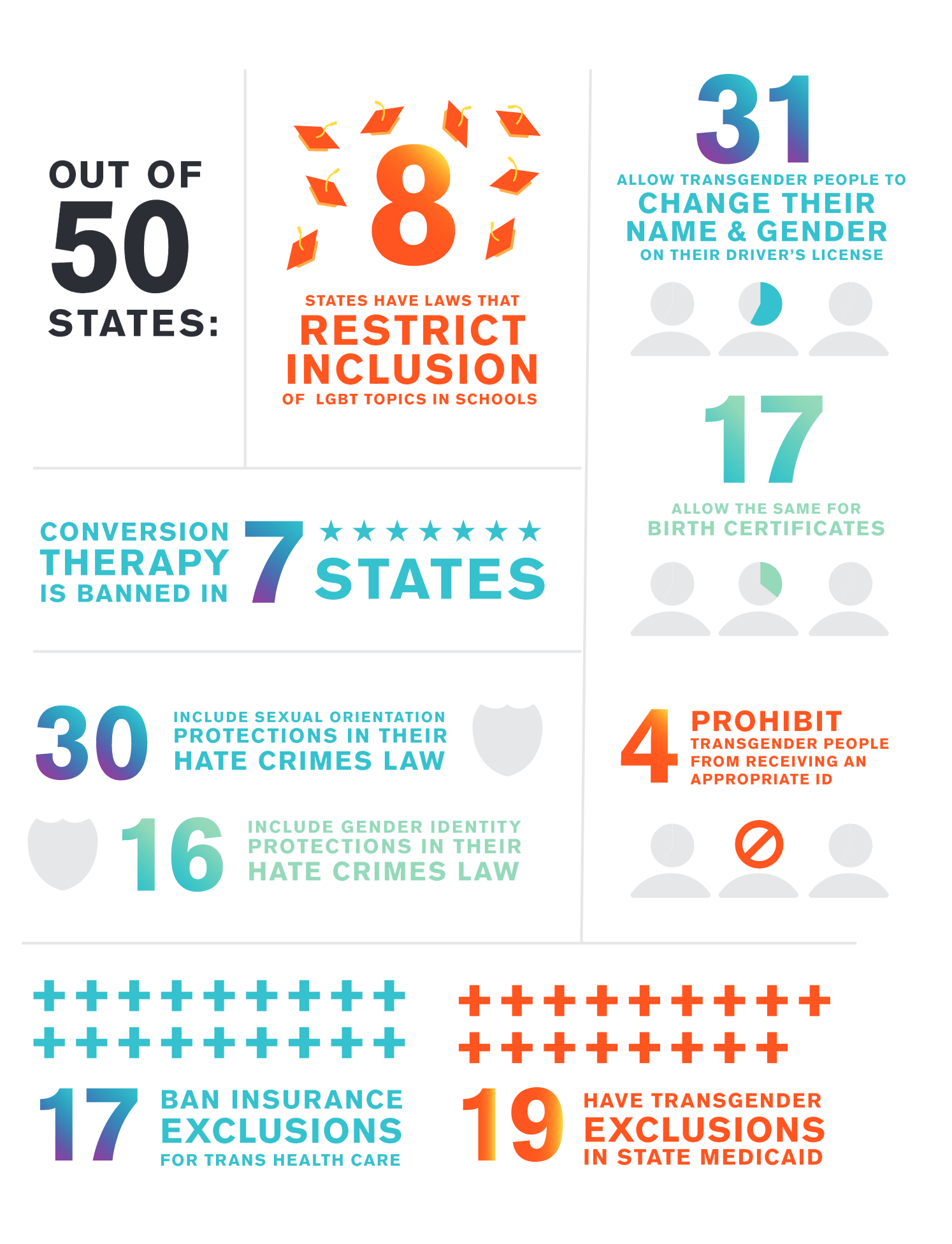 And there’s still a lot of work to do. Eight states don’t allow teachers to discuss LGBT topics in schools, while 19 states exclude transgender people from state Medicaid. More than half of all states still don’t have nondiscrimination laws protecting gay or gender-nonconforming people in employment, housing, public accommodation, or education. (See more in the map below.) 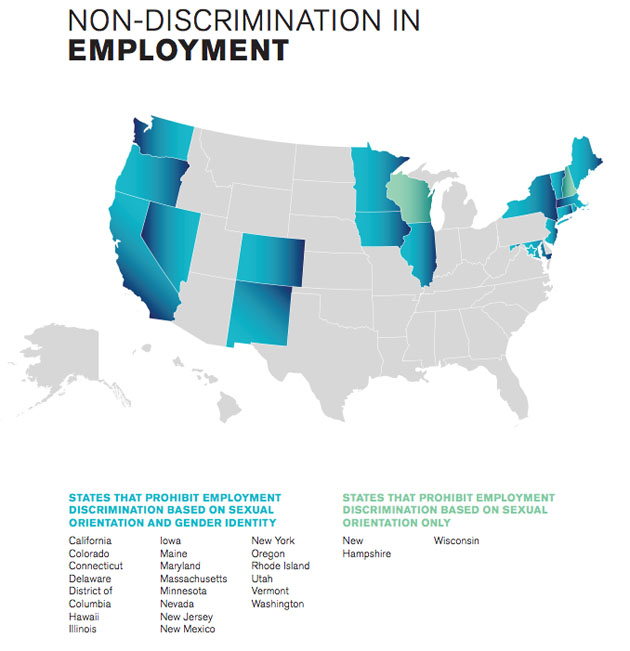 Even with so many anti-LGBT bills shot down this year, Bowman said we should expect more to crop up in 2017, particularly “religious freedom” bills and additional laws that discriminate against transgender people. Of course, this is all just at the state level. Donald Trump’s administration, along with a prospective Cabinet of LGBT rights opponents, could pose a whole new set of hurdles in the years to come.