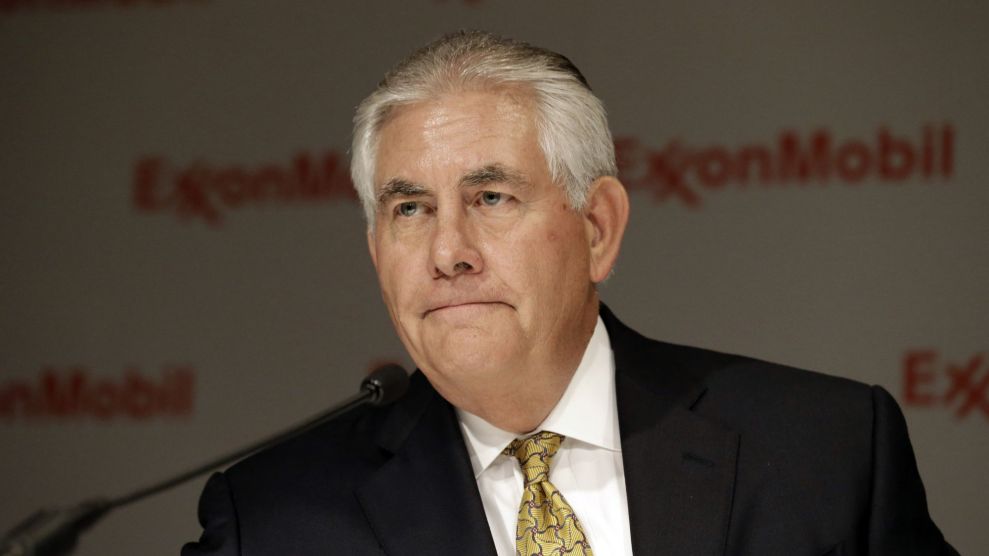 President-elect Donald Trump has reportedly chosen Exxon Mobil president and CEO Rex Tillerson as his secretary of state, according to NBC News.

Tillerson, whose consideration for the role only became public in recent days, has long had a contentious relationship with climate change. His company, for which he has worked for his entire career, has been accused of covering up research and misleading the public about climate change since the 1970s, according to two groundbreaking investigations by InsideClimateNews and the Los Angeles Times. The investigation led several attorneys general to launch a fraud inquiry into the company. Tillerson recently acknowledged that climate change has “real” and “serious” risks but has previously downplayed its effects.

Tillerson also has close ties to Russia: In 2011, he struck a deal with Russia that would have given Exxon Mobil and OAO Rosneft, a Russian state-owned oil company, exclusive access to Arctic resources, according to the Wall Street Journal. In 2012, he was awarded an Order of Friendship decoration by the Russian government. The deal was later blocked by sanctions following Russia’s invasion of Crimea.

NBC’s report comes less than 24 hours after a bombshell report by the Washington Post indicated that the CIA has concluded Russia had intervened in the 2016 election and aided Trump’s win—a finding that Trump has ridiculed. If he were to follow through with this appointment, Tillerson’s close ties to Russia may put Trump at odds with GOP hawks.

As secretary of state, the energy CEO could also face significant potential conflicts of interest. He owns more than $150 million worth of shares in Exxon, according to the Wall Street Journal. He would have to divest from these shares, providing him a huge tax break. His company has operations in more than 50 countries.

Trump’s transition team confirmed to Reuters that Tillerson had met with Trump Saturday morning but said it would not make an official announcement until next week at the earliest.