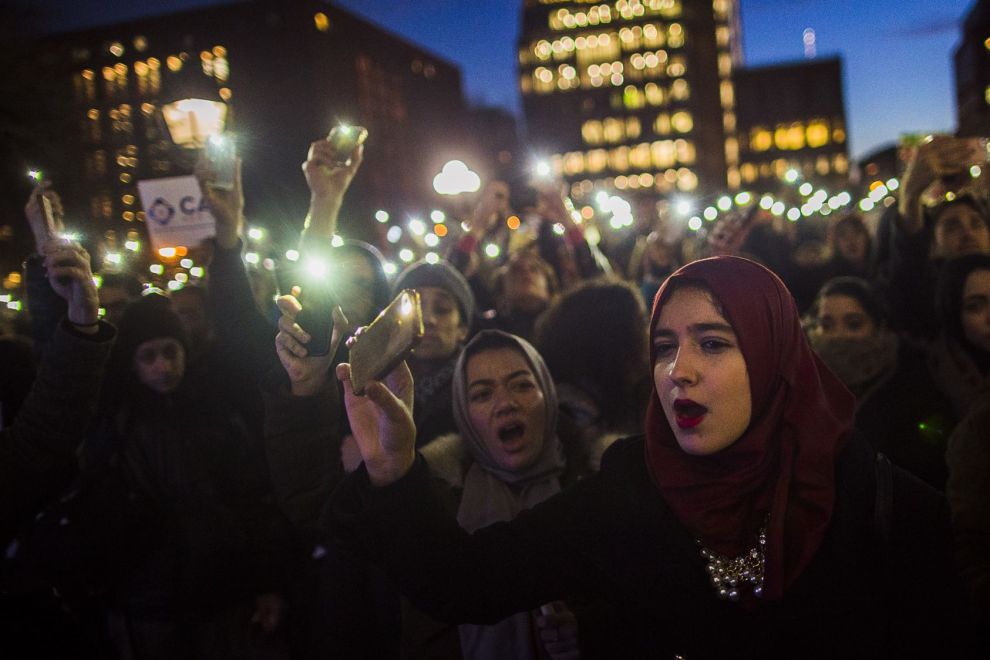 Within hours of President Donald Trump signing his “Muslim ban” executive order Friday, the Council on American-Islamic Relations announced that it is about to file a lawsuit challenging the ban.

The order, called “Protection of the Nation From Foreign Terrorist Entry Into the United States,” denies entry to the US to anyone from Iran, Iraq, Sudan, Syria, Libya, Somalia, and Yemen, according to CNN. The order also freezes refugee admissions for 120 days.

“There is no evidence that refugees—the most thoroughly vetted of all people entering our nation—are a threat to national security,” CAIR national litigation director Lena Masri said in a release. The group says it will announce details of the lawsuit Monday.

None of those countries banned pic.twitter.com/WaRyiBZ1S0

Demonstrators have been protesting the order ever since a draft was leaked on Wednesday.