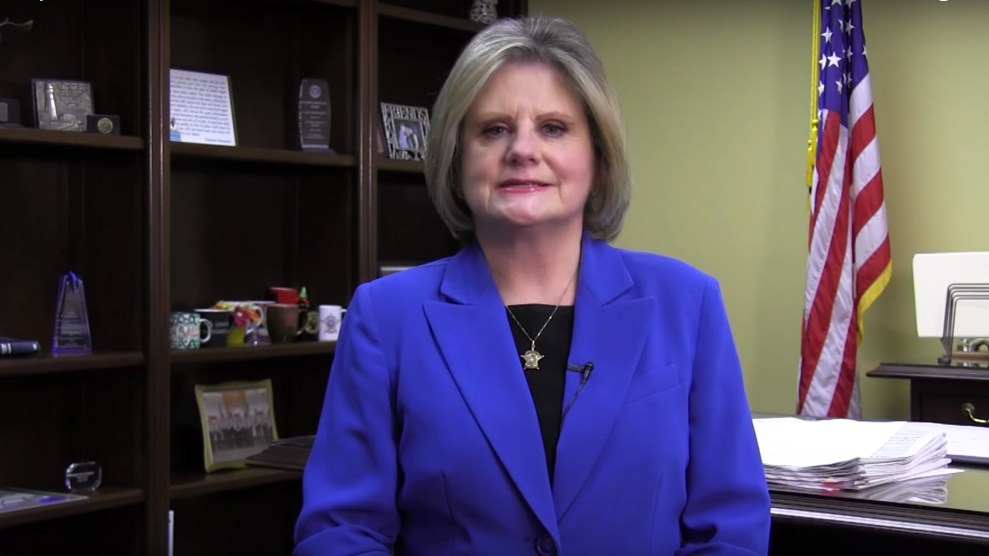 In the Democratic hotbed of Austin, Texas, newly elected Travis County Sheriff Sally Hernandez announced last Friday that her department would join hundreds of counties around the country in reducing its cooperation with federal immigration officials. Unless presented with a warrant or court order, the sheriff’s department would no longer comply with US Immigration and Customs Enforcement requests to hold inmates suspected of being undocumented or notify the agency ahead of their release.

Hernandez—who promised during her campaign to cut cooperation with ICE—has so far refused to stand down, saying she would not let “fear and misinformation” dictate her actions.

In an interview on Fox & Friends on Wednesday, Abbott called Hernandez’s actions “outrageous” and vowed to ban sanctuary cities in Texas. He promised to cut off state grants to cities, pursue legislation that would remove officials that promote the practice, and impose criminal and financial penalties. The Texas Tribune reported on Friday that Abbott’s office had requested a list of federal and state funding to Travis County from the state’s budget office.

In a letter to Hernandez, the governor noted that the county sheriff department received $1.8 million in grant money from the state’s Criminal Justice Division in 2015. Still, Hernandez—who promised during her campaign to cut cooperation with ICE—has so far refused to stand down, telling the Texas Tribune that she would not let “fear and misinformation” dictate her actions.

This isn’t the first time the state government has had a rift with a county sheriff over immigration enforcement. In 2015, Abbott vowed to withhold state funds from Dallas County Sheriff Lupe Valdez when she said she would assess ICE hold requests on a case-by-case basis. (She later said her remarks were taken out of context and promised to comply with federal immigration officials.) In November, state Sen. Charles Perry introduced a bill that required county jails to comply with federal immigration officials and effectively banned sanctuary cities in Texas. The bill is currently in the Senate Committee on State Affairs and slated for a public hearing on February 2; a similar attempt at enacting a ban faltered in 2015.) And in December, when students at several Texas universities called on administrators to establish safe havens for undocumented immigrants on campus, Abbott promised on Twitter that he would slash funding for state universities that became sanctuary campuses.

Just this week, Trump signed an executive order that would slash federal funding to cities and counties that opted not to cooperate with federal deportation efforts. In Austin’s case, that would amount to $43 million in federal grants. It’s unclear to what extent the White House will be able to carry out the order, which will likely face stiff challenges in court.