President Donald Trump was reportedly alerted to the news of North Korea’s missile firing on Saturday, while dining with Japanese Prime Minister Shinzo Abe at Mar-a-Lago, the exclusive club owned by Trump that the administration has dubbed the “Winter White House.”

As the two leaders learned of the unfolding international crisis, so, too, did the private citizens and resort members who happened to be dining alongside them. Quick to realize he was witnessing something unusual and highly shareable, club member Richard DeAgazio swiftly took out his camera phone to capture the incident and post the resulting photos to Facebook: 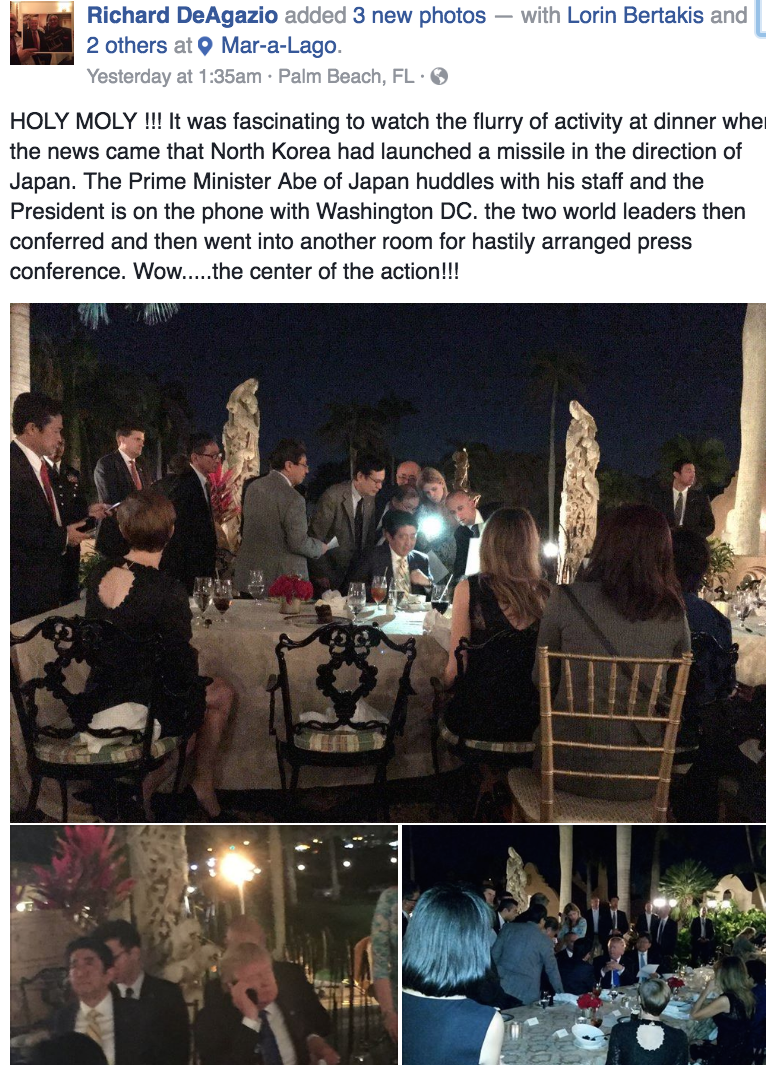 Hours before, DeAgazio also posted photos of himself posing with a man he described as carrying the “nuclear football” that enables the president to launch a nuclear attack from afar. He has since deactivated his Facebook account.

But DeAgazio isn’t alone in turning Mar-a-Lago’s social-media tag into a bizarre window into the American presidency. Here are some other snapshots from this past weekend alone, including one of National Security Adviser Michael Flynn jogging with some Secret Service agents. 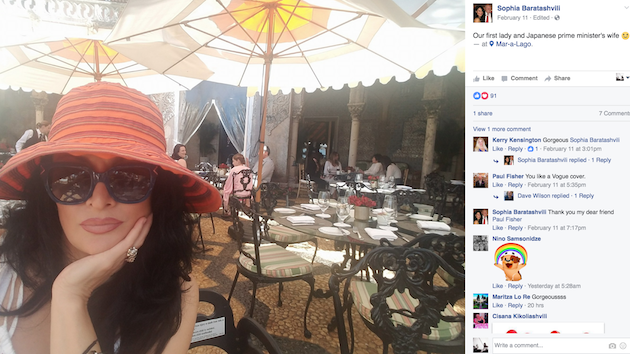 The social-media postings have sparked widespread alarm over the extraordinary security risks Trump poses by governing from his Palm Beach estate, where hundreds of members and staff who lack proper security clearances are free to roam while high-level meetings and even international crises take place.

“There’s no excuse for letting an international crisis play out in front of a bunch of country club members like dinner theater,” House Minority Leader Nancy Pelosi (D-Calif.) fired off in a tweet on Monday.

With Trump scheduled to ditch the White House for Florida for the third time since his inauguration this coming weekend, there are likely to be future photos offering regular Americans, who can’t shell out the recently doubled $200,000 membership fee, more glimpses of the luxe and occasionally top-secret life at Mar-a-Lago.