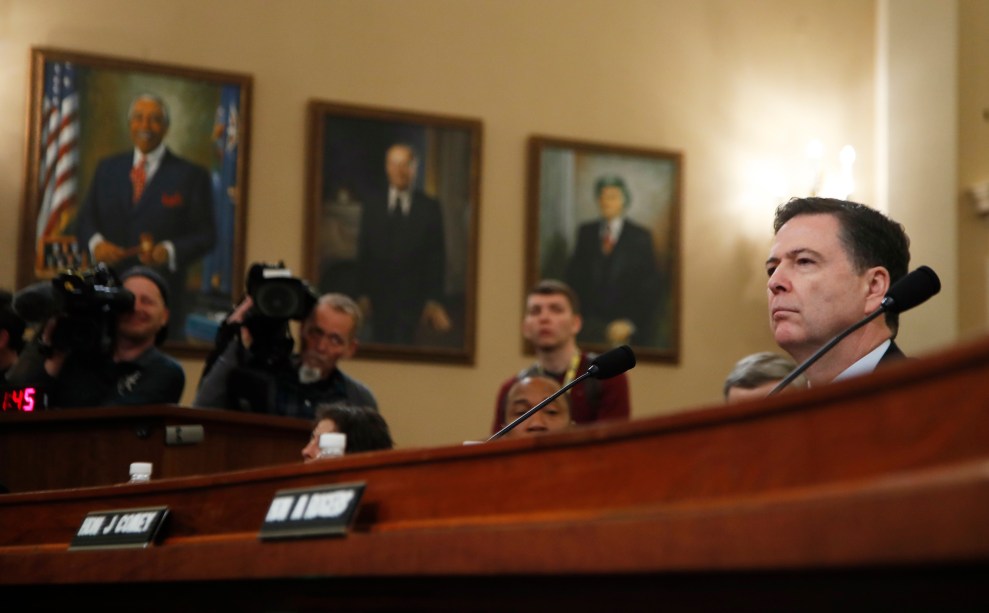 FBI director James Comey on Monday confirmed the existence of an ongoing investigation into whether anyone associated with President Donald Trump coordinated with the Russian government as part of Russia’s efforts to interfere with the 2016 US election.

“I have been authorized by the Department of Justice to confirm that the FBI, as part of our counterintelligence mission, is investigating the Russian government’s efforts to interfere in the 2016 presidential election,” Comey told the House intelligence committee. “And that includes investigating the nature of any links between individuals associated with the Trump campaign and the Russian government, and whether there was any coordination between the campaign and Russia’s efforts.”

He said that the FBI’s investigation would also look into whether any crimes were committed.

You can watch the hearing below:

This is a breaking news post. We will update when more news becomes available.