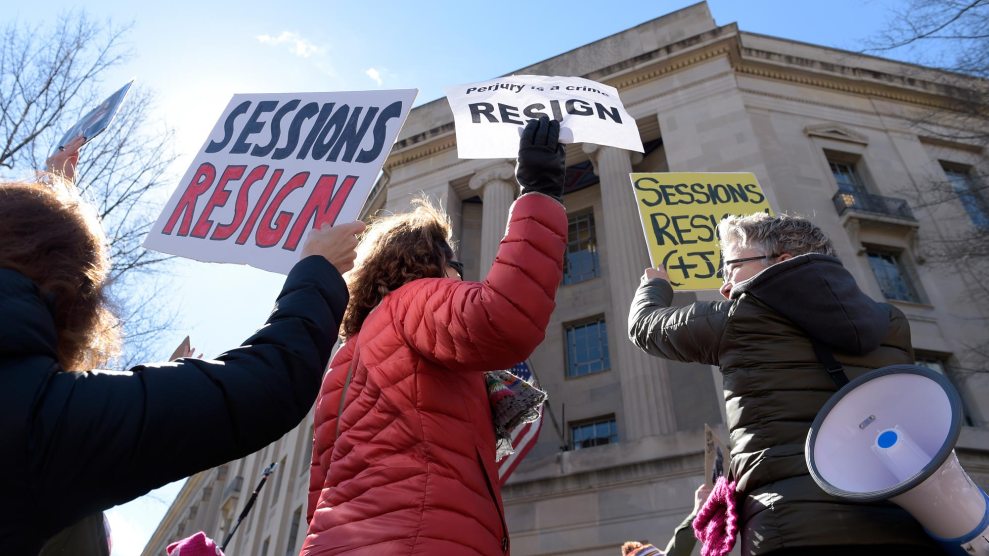 On Thursday at noon, a crowd of about 100 people and growing gathered outside the US Department of Justice to call for the resignation of attorney general Jeff Sessions, chanting “Fire Sessions” and “Dosvedanya Jeff Sessions,” in an event organized by MoveOn.org, a progressive advocacy group and political action committee.

The calls for resignation were triggered by allegations, published late Wednesday by the Washington Post, that Sessions misled Congress during his confirmation hearing when he denied having any contacts with representatives of the Russian government during the 2016 presidential race. The Post found that Sessions met with Russian Ambassador Sergey Kislyak twice at the height of the campaign—once in July 2016 and once in September. A growing number of Republicans in Congress are also calling on Sessions to resign over the allegations or recuse himself from any investigations.

You can watch the ongoing protest live below: