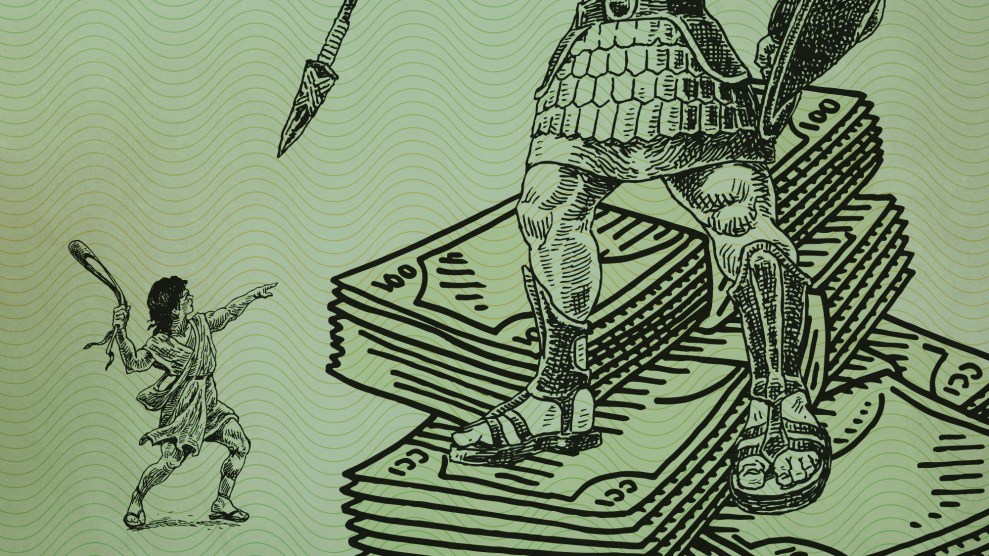 With Wall Street as greedy as it ever was, and the Trump administration seeking to ditch banking restrictions enacted in 2008 to protect the little people, a handful of cities are considering a do-it-yourself alternative: Public banking is just what it sounds like—financial institutions owned and operated by a government entity. Officials in Philadelphia and Oakland, California, are taking a hard look at the idea, and Santa Fe, New Mexico, has done a feasibility study that concluded a city-run bank would benefit the community, socially and economically. If done right, the report found, the bank would create a “robust local lending climate” and bring in millions of dollars per year in revenue.

From 1910 to 1966, Americans could deposit and borrow small sums at US post offices.

There are already successful public banks in France, Germany, Japan, Switzerland, the United Kingdom, and elsewhere. There’s even a robust American model: North Dakota has had a state-run bank for nearly a century. Although created by socialists, the Bank of North Dakota retains ironclad support among the red state’s residents, many of whom credit it for helping North Dakota weather the 2008 financial crisis. Moreover, from 1910 to 1966, US post offices operated as de facto public banks where people could deposit and borrow small sums.

Leading the push in Oakland are progressive City Council members Rebecca Kaplan and Dan Kalb. “Public banking can give us a bank that is more responsive to the needs of the community,” Kaplan told me, “rather than prioritizing the needs of shareholders who don’t live in our community or the needs of corporate profit.”

Kaplan says there are two key reasons Oakland should pursue public banking. The first is that it can help low-income people—and especially people of color who may face discrimination at corporate banks—secure loans at a fair rate. “Oakland has long suffered from redlining,” Kaplan points out, and for-profit institutions can’t necessarily be trusted to refrain from discriminatory tactics.

The other big impetus, Kaplan says, is to give local pot entrepreneurs a safe place to stash their cash—literally. “We have a large and growing cannabis industry which has been kept out of traditional banks,” she says, “and so getting them access to banking so they don’t have to work in cash would be very helpful.” Dispensaries and future cannabis sellers (recreational pot won’t be legal officially until 2018) won’t have to worry so much about getting robbed, and all that capital could go a long way in helping a city bank get established.

“The beauty is that you could really tailor a public bank to target whatever a community’s needs are,” says Mehrsa Baradaran, a law professor at the University of Georgia and author of How the Other Half Banks. Baradaran, who worked on Wall Street for a decade, explains that the major banks are bad at meeting community needs because their end goal is “not to benefit the people—it’s to increase capital.” A public bank can pool local resources and apply its money to local concerns.

“Maybe a certain community has a problem with payday lending,” Baradaran offers. A public bank could provide free accounts and emergency loan services for low-income people without the predatory practices of subprime corporate lenders. “Or maybe another community has an affordable housing issue, or needs farm loans or student loans.”

Interest has spiked since the 2008 crisis: “The hostility to the private banking system is quite hot.”

The cultural climate is ripe for this conversation, says economist Richard Wolff, a retired University of Massachusetts professor who now teaches at the New School. “One of the many consequences of the collapse in 2008 has been a renewed interest in public banking,” he says. “The hostility to the private banking system is quite hot. The spectacle of bank leaders rushing to Washington and begging for a bailout was not lost on the American people.”

Not only did those bailouts trigger outrage among average people who saw no such relief, Wolff points out, but they also revealed the pseudo-public nature of private banks. “Post-bailout, we saw a discomfort with this idea that so much of the banks’ losses were being borne by the taxpayer,” Baradaran says, “while their gains were just going to their own shareholders. That’s wealth redistribution the wrong way.”

Wolff, a longtime advocate for public banking, believes that the job of managing a community’s money is too important to be delegated to for-profit corporations. “Nothing that is so socially embedded should be left in the hands of an institutional organization whose admitted, explicit first priority is maximization of profit for itself,” he says. “The goals and objectives of the private enterprise are not necessarily overlapping one for one with the social benefit.”

A public bank can resolve that tension. As the president of the Bank of North Dakota put it, “We’ve never been a bank that tries to hit home runs. That’s not what we’re all about. We have a specific mission which is more important. Most corporations and banks, their top priority is to maximize shareholder return. And that is a nice byproduct for us because we do have a nice return…But really where we take the most satisfaction is making sure we meet the needs of the state, and finance those types of things that make our state go forward.”