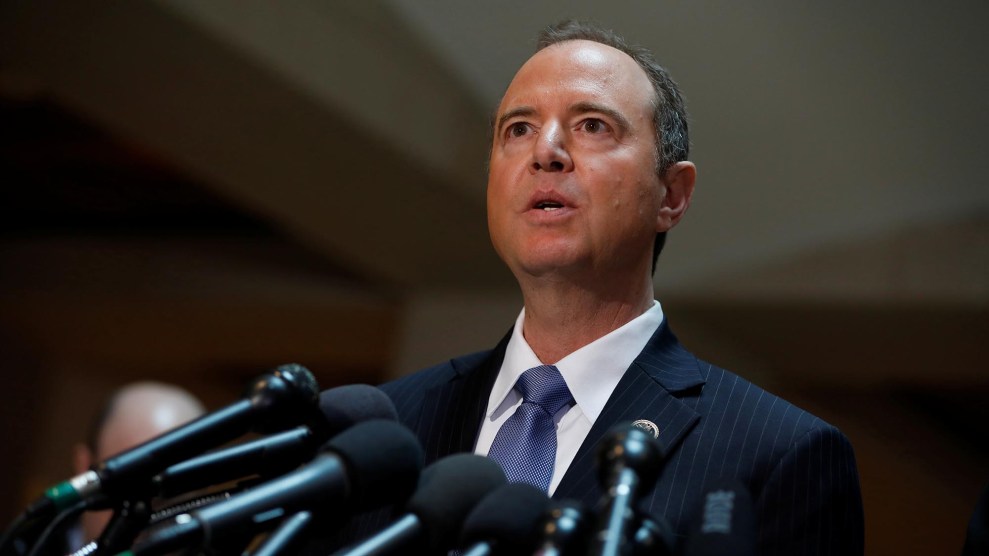 At the start of Monday’s hearing on Russian interference in the 2016 US presidential election, Rep. Adam Schiff (D-Calif.), the ranking Democrat on the House intelligence committee, laid out why the hearing was so important.

Schiff, a former federal prosecutor, offered a detailed timeline of Russia’s role in the election during a 15-minute opening statement ahead of the committee’s questioning of FBI Director James Comey and National Security Agency Director Mike Rogers. The American public will never know whether Russian meddling swung the election, Schiff said, but there are some things that are known that deserve further exploration.

“What was happening in July/August of last year? And were US persons involved?”

“We do know this: The months of July and August 2016 appear to have been pivotal,” Schiff said. “It was at this time that the Russians began using the information they had stolen to help Donald Trump and harm Hillary Clinton. And so the question is why? What was happening in July/August of last year? And were US persons involved?”

Schiff laid out details from the series of memos authored by a former Western intelligence operative detailing possible collusion between the Trump campaign and Russian intelligence. He highlighted the behavior of former Trump campaign national security adviser Carter Page, who reportedly traveled to Moscow on what Schiff described as a “trip approved by the Trump campaign” and met with the CEO of a Russian corporation who is reportedly a “former KGB agent and close friend” of Russian President Vladimir Putin. Schiff also pointed to allegations in the memos that the Trump campaign was offered documents damaging to Hillary Clinton in exchange for, as Schiff put it, “a Trump Administration policy that de-emphasizes Russia’s invasion of Ukraine and instead focuses on NATO countries not paying their fair share—policies which, even as recently as the President’s meeting last week with Angela Merkel, have now presciently come to pass.”

Prior to the hearing, Trump tweeted that allegations that his campaign colluded with Russian officials are “FAKE NEWS” and that Democrats “made up and pushed the Russian story as an excuse for running a terrible campaign.”