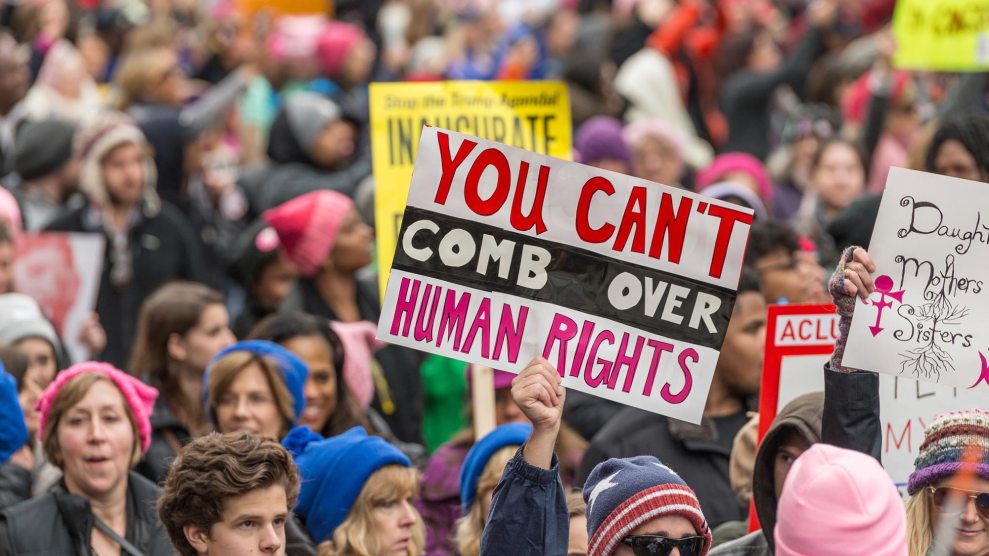 The Trump administration has reportedly tried to cut a deal with Planned Parenthood: You can keep your federal funding—maybe even increase it—if you stop providing abortions.

The informal proposal was revealed Monday by the New York Times.

Not surprisingly, the White House offer was a non-starter. Planned Parenthood executive vice president Dawn Laguens told the Times that the women’s health care organization rejected the idea out of hand. “Offering money to Planned Parenthood to abandon our patients and our values is not a deal that we will ever accept,” she said.

Currently, several proposals to defund Planned Parenthood are moving through Congress. One was approved by the House, another was introduced in the Senate, and a third cropped up in a draft of the proposed bill to repeal Obamacare. The measures would make Planned Parenthood and any other clinic that offers abortions “prohibited entities” for the use of Medicaid. This means that low-income patients with Medicaid coverage would be barred from using their federally funded benefits at Planned Parenthood—even to obtain non-abortion health care, such as pap smears, cervical cancer screenings, STI testing, and contraception. It is already illegal for Medicaid to cover most abortions, and it has been for more than 40 years.

In the last Congress, a broader bill to deny federal funds to Planned Parenthood passed both chambers, but it was vetoed by then-President Barack Obama. Donald Trump, however, said repeatedly on the campaign trail that defunding Planned Parenthood would be a priority for his administration.

Since Inauguration Day, it’s become increasingly apparent that even some Republicans are worried about the political repercussions of defunding Planned Parenthood, particularly through the Obamacare repeal. “We are just walking into a gigantic political trap if we go down this path of sticking Planned Parenthood in the health insurance bill,” said Rep. John Faso (R-N.Y.) in leaked audio of a closed-door meeting obtained by the Washington Post in January.

It would seem that the deal-maker-in-chief is trying to avoid any possible backlash over a crackdown on Planned Parenthood funding. The Times reported that White House officials have even offered a possible increase in federal money for Planned Parenthood if it stops providing abortions.