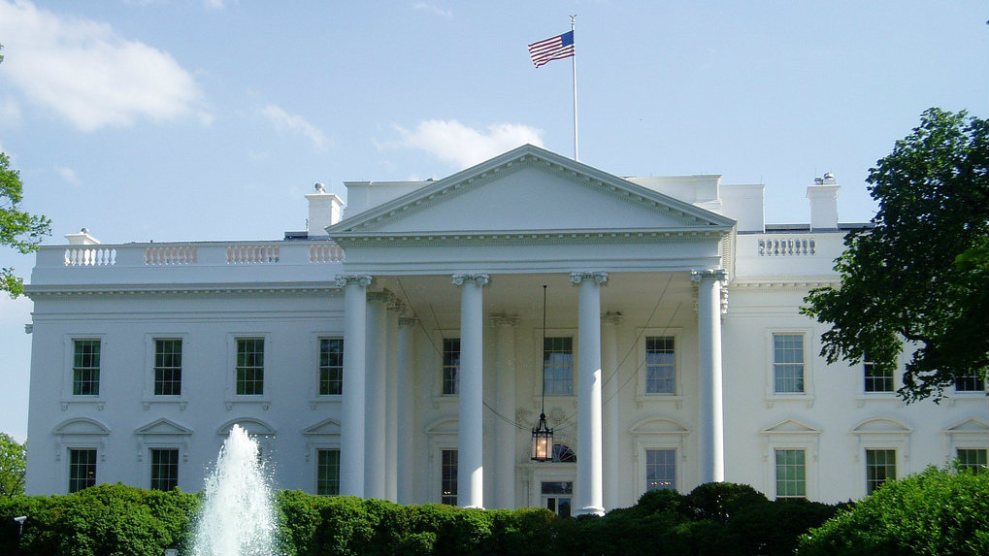 A trio of open-government groups sued the Trump administration on Monday, arguing that the administration’s refusal to release visitor logs for the White House violated the Freedom of Information Act. As Mother Jones recently reported, the Trump White House has refused to say whether it will continue the Obama administration’s practice of publishing the names of guests, the dates of their visit, and the government staffers who requested entry clearance for the guests.

The Obama administration’s visitor log policy—which contained exceptions for certain guests—came into effect after outside groups filed multiple lawsuits in 2009. By the end of Obama’s eight years, his administration had released almost 6 million visitor names. The lawsuit targeting the Trump administration appears to borrow from the same strategy. The suit was brought by Citizens for Responsibility and Ethics in Washington (CREW), the Knight First Amendment Institute at Columbia University, and the National Security Archive.

“We hoped that the Trump administration would follow the precedent of the Obama administration and continue to release visitor logs, but unfortunately they have not,” CREW Executive Director Noah Bookbinder said in a statement. “Given the many issues we have already seen in this White House with conflicts of interest, outside influence, and potential ethics violations, transparency is more important than ever, so we had no choice but to sue.”

The three organizations said they had requested the White House visitor records from the Secret Service, which keeps them, but had gotten no response, forcing them to sue. “This is a case about the public’s right to know who wields influence over the most powerful office in our government,” said Alex Abdo of the Knight First Amendment Institute. “In our view, the Freedom of Information Act requires the government to make this information available to the public.”