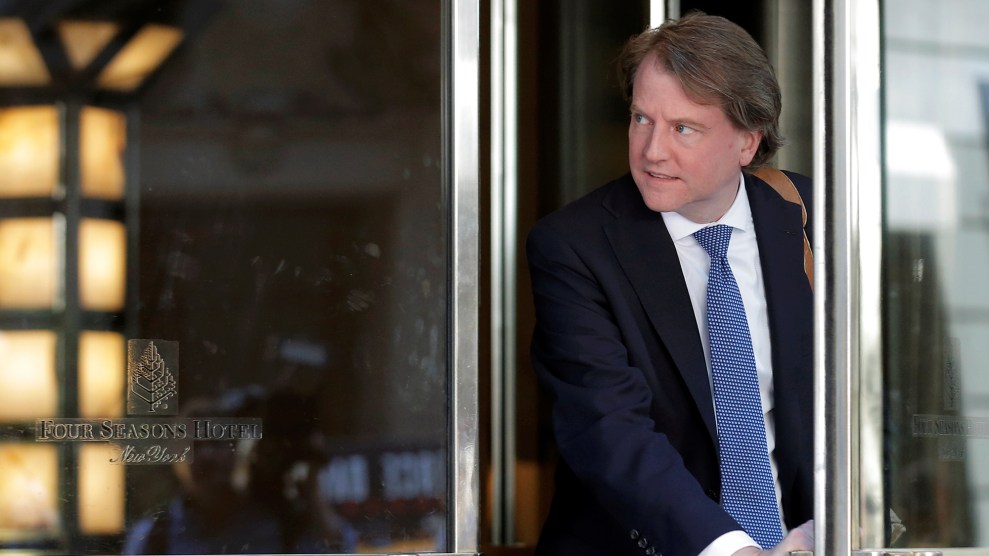 By day, Donald F. McGahn II, who is now President Trump’s top White House lawyer, was known in and around the Beltway as a buttoned-up Republican election lawyer. By night, though, he played a different role entirely: lead guitarist in a number of bands that gigged throughout the mid-Atlantic region.

And let it be said: McGahn can shred.

Below are videos of his most recent band, Scott’s New Band, covering songs by everyone from Metallica to Cyndi Lauper to Loverboy. (That’s McGahn stage right with the hat.) The band played its last show in December, before McGahn assumed his new role as White House counsel. No word yet if McGahn, who liked to noodle on his guitar while reading campaign filings at a previous job at the Federal Election Commission, brought his six-string with him to the West Wing.

“You Shook Me All Night Long,” AC/DC: