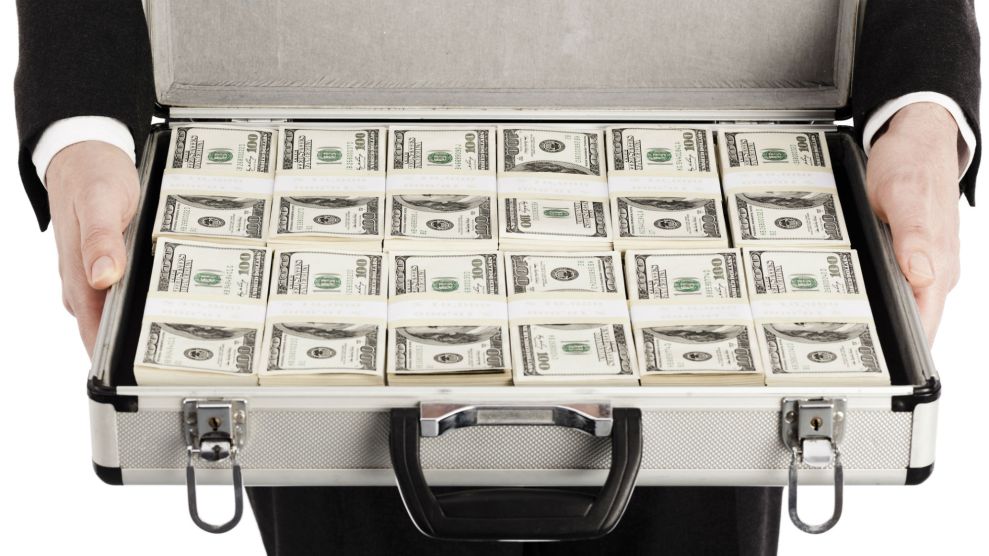 Federal investigators continue to dig into Russia’s cyberattack on the US election and the Trump administration’s possible involvement—but as bad as that intrusion and collusion may be, Trump’s opaque financial dealings could prove even more perilous for the president.

Trump has blazed a decades-long trail of questionable financial dealings with Russian sources that could provide investigators with the grist they need for legal action. A wide array of Russian oligarchs with links to Vladimir Putin have invested tens of millions of hard-to-explain dollars in Trump properties. And Trump professes never to know who these people are or where they got the big bucks for their mostly cash deals.

Court cases and other legal documents show Trump and his companies have been linked to at least 10 wealthy former Soviet businessmen with alleged ties to criminal organizations or money laundering.

Money laundering is the process of taking proceeds from criminal activity (dirty money) and making them appear legal (clean). Although the news didn’t make much of a splash during the 2016 campaign, Trump paid a $10 million fine to the U.S. Treasury in 2015 for his bankrupt Taj Mahal casino in Atlantic City because it failed to meet anti-money-laundering requirements. According to the Wall Street Journal, “Regulators said the casino failed to establish and implement an effective anti-money-laundering program, failed to implement an adequate system of internal controls, and failed to properly file currency transaction reports or keep other required records.”

It is already a matter of public record that several Trump-affiliated businesses and associates are connected to alleged Russian money-laundering operations.

Many of Trump’s business dealings involve Deutsche Bank or the Bank of Cyprus—both known for their connections with Russian oligarchs. Deutsche Bank is also Trump’s biggest lender; he owes the bank some $300 million, as first reported by Mother Jones‘ Russ Choma and David Corn. The Guardian reported that Deutsche Bank paid $630 million in fines for failing to prevent $10 billion in Russian money laundering between 2012 and 2015.

The Bank of Cyprus is also well known as a money-laundering haven for Russian oligarchs. Trump’s Commerce Secretary Wilbur Ross has invested heavily in the Bank of Cyprus (some $424 million in 2014, giving him an 18% stake) and he was once vice-chairman of the bank, according to the Guardian. Ross presided over deals that raise questions about his tenure at the bank and his ties to politically connected Russian oligarchs.

Ross shared his vice-chairman post at the bank with a deposit holder-turned-shareholder, Vladimir Strzhalkovsky, referred to in Russian media as a former KGB official and Putin ally.

The Washington Post has described Trump’s 30-year history of business dealings with Russian oligarchs and government officials, which began when there was still a Soviet Union. “Russians make up a pretty disproportionate cross-section of a lot of our assets,” Trump’s son, Donald Jr., told a real estate conference in 2008, according to an account posted on the website of eTurboNews, a trade publication. “We see a lot of money pouring in from Russia.”

“You’re looking for transactions that are unusually or unnecessarily complicated, and make no business sense,” said a former DOJ official.

According to an investigation by USA Today, wealthy Russians and oligarchs from former Soviet republics invested extensively in Trump’s real estate developments over the years. Court cases and other legal documents show President Trump and his companies have been linked to at least 10 wealthy former Soviet businessmen with alleged ties to criminal organizations or money laundering, including:

According to USA Today, such dealings with Russian oligarchs concern law enforcement because many are suspected of corrupt practices intertwining Russia’s business elite, government security services and criminal gangs. Real estate in London, New York and Miami is an attractive option for parking stolen money.

Besides banks and oligarchs, many of Trump’s Russian transactions involve various shell companies– the kinds of business deals that attract law enforcement’s attention.

“You’re looking for transactions that are unusually or unnecessarily complicated, and make no business sense,” a former Justice Department official told McClatchy recently. “In general, if someone is conducting transactions in a complicated way, using shell corporations, using offshore bank accounts or using accounts in countries where they otherwise aren’t doing any business, it suggests that there may be a motive to conceal of disguise something.”

McClatchy and the New York Times have both written about the convoluted financial transactions of Paul Manafort, Trump’s former campaign chairman who was let go last August because of questions about his financial dealings.

According to McClatchy, “The FBI, Justice Department and Treasury Department are examining whether any of Manafort’s millions of dollars in consulting income from pro-Russian Ukrainian politicians and oligarchs were laundered from corrupt sources, whether he properly disclosed all his foreign bank accounts each year to the U.S. government and whether he paid taxes on all foreign income,” two sources familiar with the inquiry said.

The day Manafort left the Trump campaign he created a shell company that he controlled that soon received $13 million in loans from two businesses with ties to Trump.

Between 2006 and 2007, Manafort paid nearly $8 million in cash for three high-end homes, including a $3.7 million condominium in New York’s Trump towers, McClatchy reported. In some cases he used shell companies and corporate names for the purchases. Manafort also reportedly had some 10 businesses and 15 bank accounts in Cyprus.

Manafort has not yet registered as a foreign agent, although the New York Times says he is now considering registering retroactively for his lobbying work on behalf of a pro-Russian government in Ukraine. He has not been charged with money laundering and he has defended his use of offshore accounts and his other business transactions as perfectly normal.

The Times also reported that the day Manafort left the Trump campaign (August 19th) he created a shell company that he controlled that “soon received $13 million in loans from two businesses with ties to Mr. Trump, including one that partners with a Ukrainian-born billionaire and another led by a Trump economic adviser.”

Russian financial ties to Trump are a complex picture that will keep investigators busy for a long time trying to unravel normal business practices from potentially illegal dealings. But one thing is already crystal clear: Trump was lying when he said last summer, as quoted by CNN: “No, I have nothing to do with Russia. How many times do I have say that? I have nothing to do with Russia.”