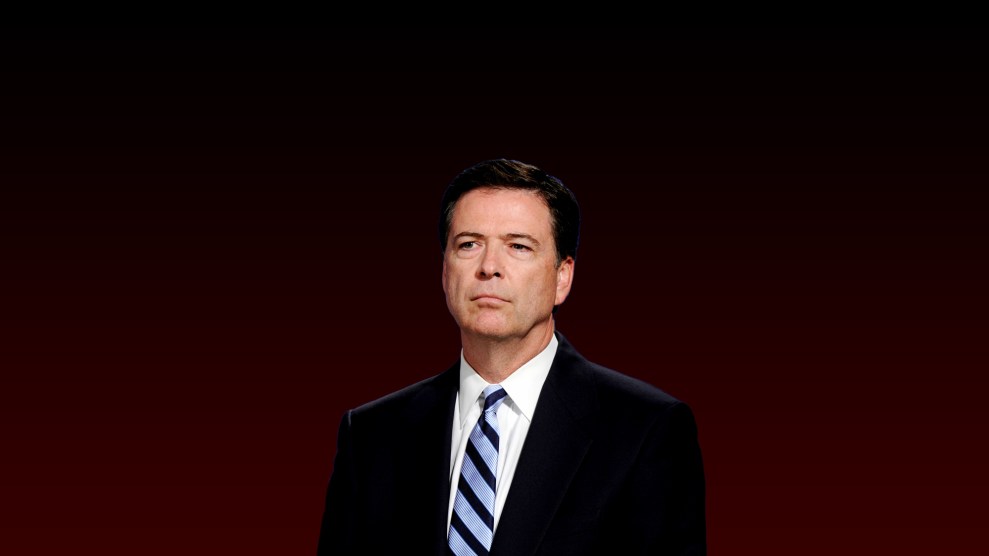 Of all the astounding details pouring out tonight about President Donald Trump’s sudden firing of FBI Director James Comey, this bit will surely make your jaw drop.

According to the New York Times’ Michael S. Schmidt, Comey was giving a speech to his FBI team in Los Angeles when he saw the news about his firing break on televisions in the room. He hadn’t been informed yet, and at first thought he it was a joke:

In response, Mr. Comey laughed, saying he thought it was a fairly funny prank.

Then his staff started scurrying around in the background and told Mr. Comey that he should step into a nearby office.
Continue reading the main story

Mr. Comey stopped addressing the group. He proceeded to shake hands with the employees he had been speaking to. Then he stepped into a side office, where he confirmed that he had been fired. At that point, he had not heard from the White House.