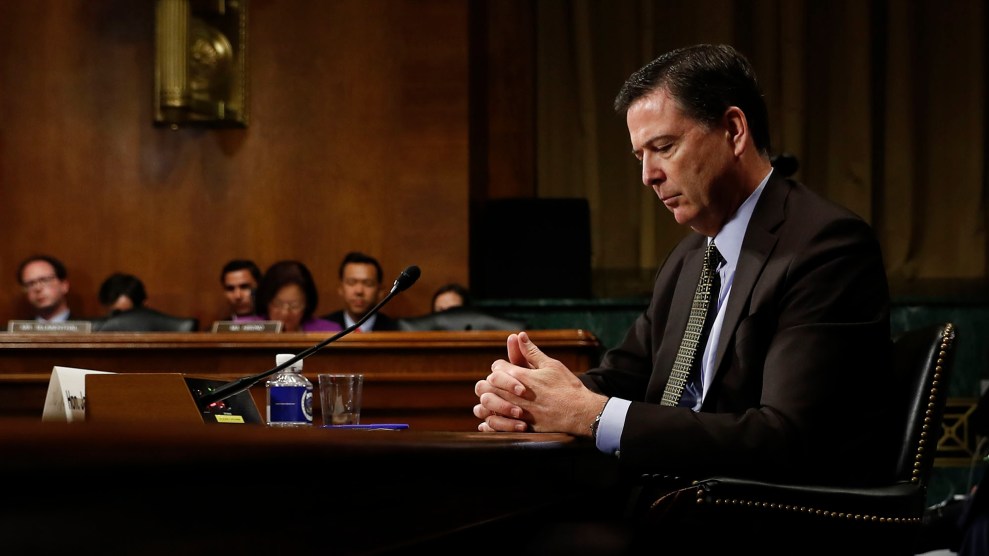 In explaining why such hearings are necessary, the letter highlights the disjointed and contradictory explanations put forth by the White House over the past two days.

“The dismissal of Director Comey demands a clear and compelling explanation,” the letter states. “To date, the Administration has provided none.” It goes on to note that the administration’s initial justification for Trump’s actions—Comey’s handling of the investigation into Hillary Clinton’s emails—would have necessitated Comey’s firing months ago. And it notes that while the White House initially portrayed Rosenstein as the person behind the decision, Trump himself acknowledged in an interview with NBC Thursday that “I was going to fire him regardless of [Rosenstein’s] recommendation.”

The demand by the judiciary committee’s 17 Democrats echoes calls from Senate Democrats, who have requested hearings over Comey’s abrupt dismissal and the appointment of a special prosecutor of oversee the investigation into Russian interference with the 2016 election.

It’s possible that at least some House Republicans will be more willing to investigate the firing than their colleagues in the Senate. Rep. Jason Chaffetz (R-Utah), the chairman of the House oversight committee, on Wednesday asked the inspector general for the Justice Department to look into the circumstances surrounding Comey’s firing. “Previously I asked [Department of Justice] Inspector General [Michael] Horowitz to review the FBI’s actions in advance of the 2016 election,” Chaffetz said in a statement. “Today I sent a letter urging IG Horowitz to expand the scope of his review to include the decision to fire Director Comey. I look forward to receiving the IG’s findings.” But Chaffetz did not go so far as to schedule a hearing.