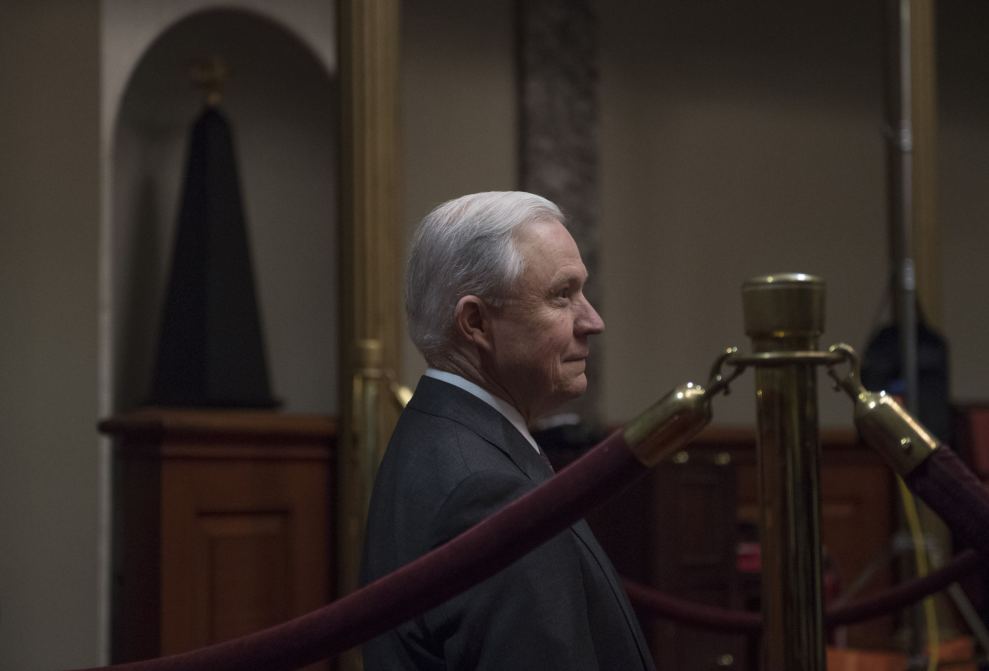 Three women involved with the activist group Code Pink were convicted Wednesday on disruption charges after protesting Attorney General Jeff Sessions’ Senate confirmation hearing in January. One of the women, Desiree Fairooz, was found guilty of “disorderly or disruptive” conduct after laughing at Sen. Richard Shelby’s (R-Ala.) claim that Sessions had a well-documented record of “treating all Americans equally under the law.”

The campaign director for Code Pink, Ariel Gold, who was sitting near Fairooz during the January 10 hearing, described the laughs as merely a “reflex” and said they were fainter than a cough. HuffPost‘s Ryan J. Reilly was also present at the hearing and recorded Fairooz’s removal:

Another protester escorted out of Sessions hearing. Her original offense appeared to be simply laughing. pic.twitter.com/p6lWzBVFRW

The other two women convicted on Wednesday, Tighe Barry and Lenny Bianchi, were found guilty on “parading or demonstrating” charges after dressing in Ku Klux Klan robes for the hearing. The New York Times reports they were not convicted of the same disorderly conduct charge as Fairooz because they stood up in costume before the hearing officially began.

All three women pleaded not guilty to the charges. They face up to 12 months in prison each.

Sessions’ nomination to lead the Justice Department was highly contested. Critics claimed he had a history of racist comments and actions, including blocking black judges from serving in federal court and working to prevent black people from voting.

Update, 5/4: The headline has been updated to better reflect Desiree Fairooz’s conviction.