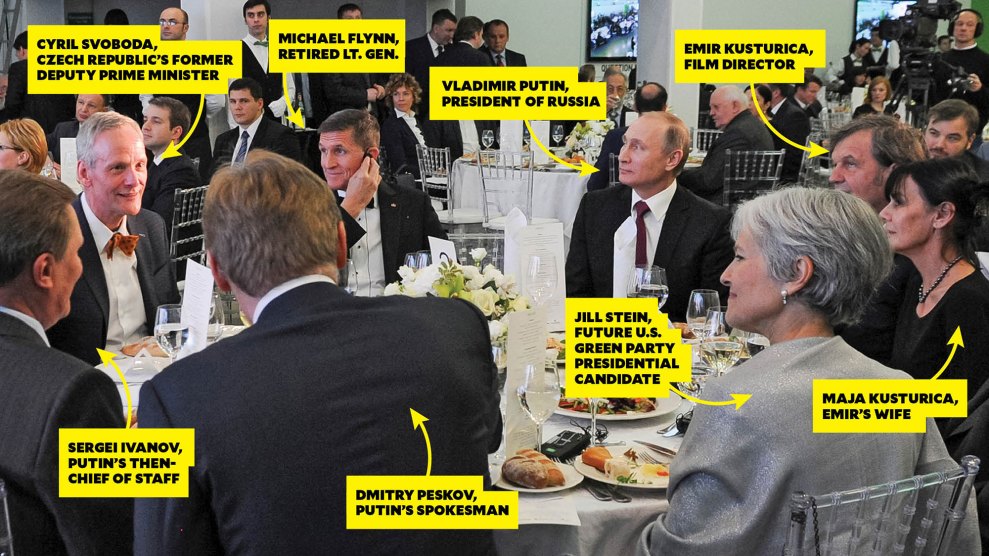 On Monday, Rep. Elijah Cummings (D-Md.) announced that the House Committee on Oversight and Government Reform has documents indicating that Lt. Gen. Michael Flynn appears to have lied in the process of obtaining top-level security clearance to be President Donald Trump’s national security advisor. The disclosure was made in a letter to Rep. Jason Chaffetz (R-Utah) that urged the committee chairman to issue subpoenas for additional documents related to Flynn’s brief tenure at the White House. “We need to know what the President, the Vice President, White House Counsel, and other top officials knew about General Flynn—and when they knew it,” Cummings wrote. Flynn resigned in mid-February after it became public that he had lied to Vice President Mike Pence and other White House officials about his communications with Russian Ambassador Sergey Kisylak.

Cummings’ letter focused on Flynn’s trip to Russia in December 2015 for a conference and dinner celebrating the 10th anniversary of RT, the Kremlin-backed news channel. Little noticed at the time, Vladimir Putin’s guests that night included Flynn and future Green Party presidential candidate Jill Stein—an odd couple who reflected the Russian president’s efforts to court fringe figures on both the right and the left and otherwise meddle in US politics. (Also at the table were Putin’s spokesman, chief of staff, and deputy chief of staff.)

Stein said the soiree was “a great opportunity to lay out some of my foreign policy proposals and get Russian reactions to them.” Flynn, who commanded a $45,000 fee to speak at the event, said he didn’t ask to be seated next to Putin. “I found it a great learning opportunity,” he told the Washington Post.

According to Cummings’ letter, Flynn told security investigators that “I didn’t take any money from Russia” in connection with the event. Yet Cummings wrote that his committee has documents showing how the $45,000 payment was transferred from RT to Flynn’s lobbying firm, as well as an email in which an RT official states, “We will be covering the payment of General Flynn’s fee.”

Flynn downplayed his dinner with Putin during his security check, telling investigators that during his foreign trips he “had only unsubstantial contact with foreign nationals.” Cummings wrote, “It is difficult to understand how General Flynn could have believed that his dinner with Russian President Vladimir Putin was an ‘insubstantial contact.'”

The White House has refused to provide the House oversight committee with any documents related to its vetting, hiring, and firing of Flynn. Flynn has refused to comply with a subpoena from the Senate intelligence committee, citing the Fifth Amendment’s protection against self-incrimination.