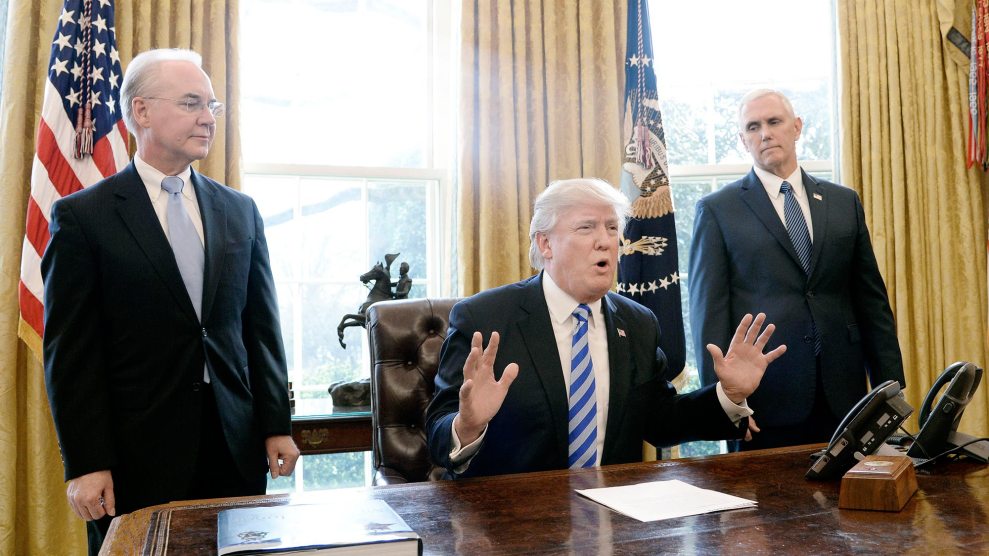 Two sources familiar with the imminent rule told the Wall Street Journal that the final rule closely resembles a draft that was leaked to Vox in June. The wording in that leaked draft is such that, in practice, virtually any employer, not just an expressly religious organization, would be able to remove birth control coverage if contraception violates the organization’s “moral convictions”—a broad and murky standard.

In fact, a study released earlier this month by the left-leaning Center for American Progress (CAP) confirmed that for-profit companies have already sought to exploit an existing exemption for religious employers—an accommodation that is much narrower than the one soon to be finalized by the Trump administration. That exemption came out of Burwell vs. Hobby Lobby, the 2014 Supreme Court decision that allowed religious, for-profit companies to apply for a religious accommodation from the Department of Health and Human Services (HHS) to be exempted from the contraceptive mandate. Through a Freedom of Information Act request to HHS, CAP found that more than half of the 45 requests for such accommodations came from for-profit companies, and many came from companies in industries that don’t explicitly deal with religion, including construction, agriculture, real estate, and tax services.

“The data suggest that Trump’s new rule could open up the floodgates for nearly anyone to force women to either pay out of pocket or navigate hurdles to obtaining additional coverage for contraception,” said Jamila Taylor, senior fellow at CAP, in a press release. “President Donald Trump and [HHS] Secretary Tom Price are, in effect, saying to women that any employer’s personal views can decide whether or not you get birth control.”