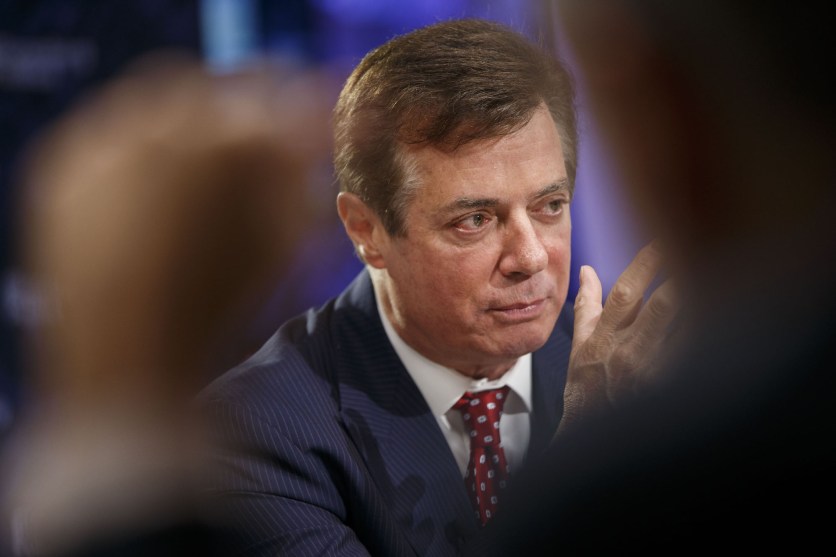 The FBI conducted a pre-dawn raid at the home of President Donald Trump’s former campaign chairman, people close to special counsel Robert Mueller’s investigation into Russia’s interference in the 2016 election have told the Washington Post.

The July 26 raid occurred one day after the Senate Judiciary Committee dropped a subpoena to compel Paul Manafort to testify in the probe. A spokesman for Manafort on Wednesday confirmed the raid, saying the former campaign manager “has consistently cooperated with law enforcement and other serious inquiries and did so on this occasion as well.”

Manafort was not given any advance notice of the raid.

The search warrant indicates investigators may have argued to a federal judge they had reason to believe Manafort could not be trusted to turn over all records in response to a grand jury subpoena. …

The documents are said to include notes Manafort took while attending a meeting with Donald Trump Jr. and a Russian lawyer at Trump Tower in June 2016.

Shortly after the raid was conducted, Trump took to Twitter to attack acting FBI director Andrew McCabe, by suggesting he had improper ties to Hillary Clinton.

Why didn't A.G. Sessions replace Acting FBI Director Andrew McCabe, a Comey friend who was in charge of Clinton investigation but got….

…big dollars ($700,000) for his wife's political run from Hillary Clinton and her representatives. Drain the Swamp!

This is a breaking news post. We will update when more information becomes available.