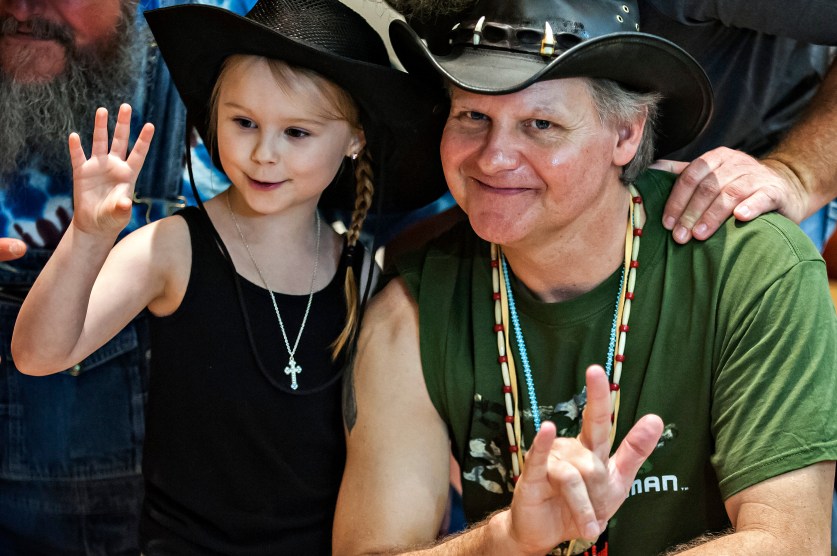 In January 2014, Mother Jones published an investigation into the once-popular Animal Planet reality show Call of the Wildman, exposing how producers routinely trapped wild animals to perform bogus “rescue” scenes for the cameras. Sources described repeat acts of animal neglect on and off set: Bats were stranded in a Houston hair salon, an endangered zebra was drugged and tackled, and a stricken coyote was trapped and caged—all while producers skirted basic animal welfare protections.

Now, more than three years later, federal investigators have formally cited Animal Planet producers for a slew of violations under the Animal Welfare Act and have issued a fine.

The show, which followed the purportedly real-life antics of the Kentucky animal wrangler known as “Turtleman” for four seasons, came under scrutiny after a series of Mother Jones investigative reports sparked outrage among fans and led to multiple federal and state investigations.

At the time, the makers of the show for Animal Planet, New York’s Sharp Entertainment, vigorously denied any wrongdoing and hired a top Manhattan crisis consultant to shape their message. “The idea that there is a culture of neglect or abuse on the show is completely false,” said Dan Adler, a Sharp Entertainment senior vice president, during an interview with CNN. “So many shows out there kill animals for sport or for money. This show is about saving them.” Adler also said that Sharp Entertainment’s own internal review, sparked by a former staffer, failed to find anything wrong with production practices.

The USDA disagrees. Its findings are contained in a March 2017 report—known as a settlement agreement—unearthed by the animal rights group PETA via the Freedom of Information Act, and provided to Mother Jones. It reveals that the agency’s investigators fined the show $1,400 for violations across 10 separate dates in 2012 and 2013—back when Call of the Wildman was one of the most popular shows on the network, regularly pulling in million-plus audiences.

In this report, the USDA didn’t reprimand the show for some of the more extreme examples of alleged animal mistreatment exposed by Mother Jones, instead zeroing in on the production’s failure to acquire proper licenses to handle the animals in the first place (including the bats and the sick coyote), and in one instance, for causing distress to a trapped white-tail deer, which was filmed bucking wildly inside a shop, for an episode called “Deer Destruction.” (The USDA previously cited the owner of the drugged Grévy’s zebra—an animal protected under the Endangered Species Act—for mishandling.)

Despite the finding, Delcianna Winders, a deputy general counsel for PETA’s legal arm, said the USDA fine is not nearly enough to deter future violations of the Animal Welfare Act. “They got off with less than 2 cents on the dollar,” she said. Each individual violation of the federal Animal Welfare Act carries a potential penalty of up to $10,000 per violation, per day, and per animal impacted, meaning producers might have been on the hook for $100,000 or more in fines if this settlement agreement wasn’t arranged.

The USDA’s own Office of the Inspector General has repeatedly complained about toothless enforcement, criticizing the agency for making fines so low that they amount to the “cost of doing business” for violators. With settlement agreements like this, the USDA offers violators a choice to waive a hearing and the accompanying litigation if they accept the severely reduced fine. The USDA then closes the case. Mother Jones asked Animal Planet and Sharp Entertainment whether they had, in fact, taken the deal; we didn’t get an answer. But Winders said, “it’s virtually unheard of for someone to not accept it.”

“It’s all too common, but it’s appalling,” she said, referring to the reduced fine.

Matthew Liebman, director of litigation for the Animal Legal Defense Fund, agrees the fine represents a disturbing pattern. “USDA rarely initiates enforcement proceedings against those who violate the Animal Welfare Act, and even when it does, most of those enforcement proceedings are settled for a pittance,” he said. “The penalty here certainly doesn’t match the seriousness of the violations.”

“If producers are putting animals in harm’s way for the sake of entertainment, they absolutely should be held accountable under the law.”

USDA spokesperson Tanya Espinosa defended the fine. “USDA does stand by the assessed amount,” she said.

The redacted document does not indicate which company or person the fine is leveled against, but Mother Jones reported as early as June 2014 that USDA investigators were looking into the animal rescuer Ernie Brown Jr., a.k.a. “Turtleman,” the production company Sharp Entertainment, and Animal Planet itself. (Animal Planet officials declined to say.) But the report clearly refers to the production of various episodes of Call of the Wildman and appears to address Turtleman himself.

Neither Animal Planet nor Sharp Entertainment responded to questions from Mother Jones.

The USDA findings come as no surprise to animal rights advocates following the tale of Turtleman’s demise. (“Finally!” said Winders.) Back in 2014, internal USDA memos said that Sharp Entertainment was likely running afoul of wildlife rules, accusing the company of providing “contradictory and incomplete” statements to authorities. “Although they deny it, Sharp Entertainment acquires, holds, uses and disposes of the animals during and after the filming the show,” wrote one of the investigators. “It appears that Sharp Entertainment could not legally become licensed to use trapped or captured native wildlife without circumventing state law.”

The revelation of findings comes amid heightened criticism of the USDA’s recent decisions to curtail the type and amount of information it makes public about who breaks federal animal welfare laws—decisions that could make this type of reporting more difficult.

In January—two weeks into the Trump administration—the USDA took down online databases containing animal welfare violations and inspection reports, citing a review of privacy concerns. Critics called it a “purge,” and the decision drew immediate legal challenges by animal welfare lawyers, including Winders, concerned that decades of routinely published documents would be buried forever, preventing animal rights groups, researchers, reporters and ultimately the public to learn about big violations. The USDA has now reintroduced a partial database, but it doesn’t contain the type of document published here by Mother Jones. USDA confirmed to Mother Jones this type of report will no longer be available publicly. (You can see the exact changes made to what information goes public here.)

Winders remains skeptical. “They have no intention of posting enforcement actions like the ones we’re talking about now,” she said. “We’re in a very dire situation right now vis-a-vis transparency and the agency.”

The ALDF’s Matthew Liebman sees a silver lining in the USDA’s Animal Planet decision. “Even if the penalty is low, it is good to see USDA enforcing the AWA against reality TV producers,” he said. “If producers are putting animals in harm’s way for the sake of entertainment, they absolutely should be held accountable under the law.”