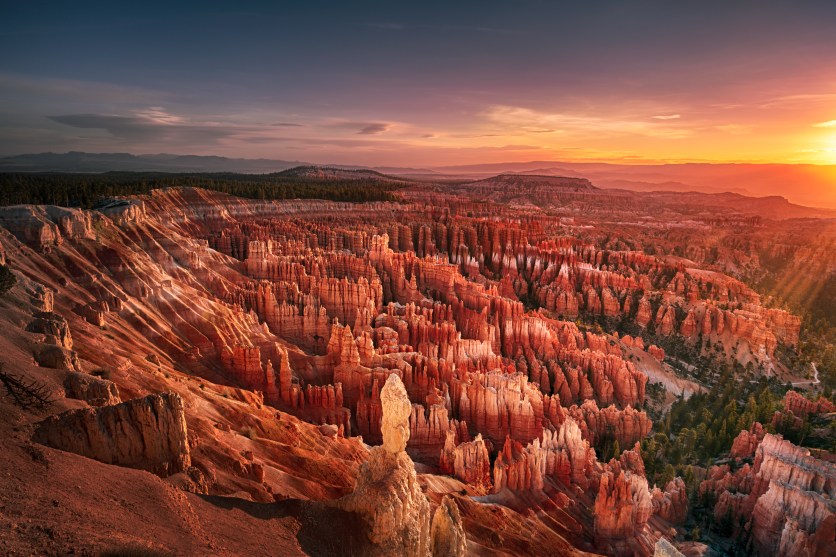 Update, September 27, 2017: In a statement released Tuesday, the International Bottled Water Association rejected the findings of the National Park Service’s May report. IBWA spokeswoman Jill Culora asserted that the report in question wasn’t released publicly because, as the FOIA response states, the NPS “lacked the data necessary to ensure the report’s findings.” The IBWA claims that it learned, after a FOIA request of its own, that the parks that participated in the program didn’t collect recycling data based on type of material, and thus couldn’t verify the report’s findings.

And on Friday, per the Washington Post, we learned that the NPS’s action ran seriously counter to what it had concluded just a few months earlier: that its ban had worked.

In 2011, the NPS started allowing parks to voluntarily phase out the sale of disposable plastic water bottles and install water fountains instead. As of this year, 23 out of 417 parks were in the program—including Mount Rushmore, Bryce Canyon, Zion, and Grand Canyon. In a report completed in May, the NPS found that the ban had prevented the use of between 1.3 and 2 million bottles—or between 73,000 and 112,000 pounds of plastic—per year in the participating parks. That’s as if up to 12,000 Americans stopped using disposable plastic water bottles for a year.

The report wasn’t made public until the end of the day on Friday, after a Freedom of Information Act request called for its release. The NPS is overseen by Department of the Interior Secretary Ryan Zinke, who has plans for our national monuments as well.

In a press release on its termination of the bottle ban program, the NPS asserted that “the ban removed the healthiest beverage choice at a variety of parks while still allowing sales of bottled sweetened drinks,” an argument repeatedly raised by the International Bottled Water Association, a lobbying group. (The IBWA spent nearly five times more on lobbying last year than it did before the ban program was enacted). That assertion by the NPS contradicts its earlier report, which said that parks that wanted to participate in the program had to complete an analysis to ensure that park employees and visitors would have adequate alternative safe drinking water sources, and install “conveniently located” water fountains.

You can read the NPS’s full report here.