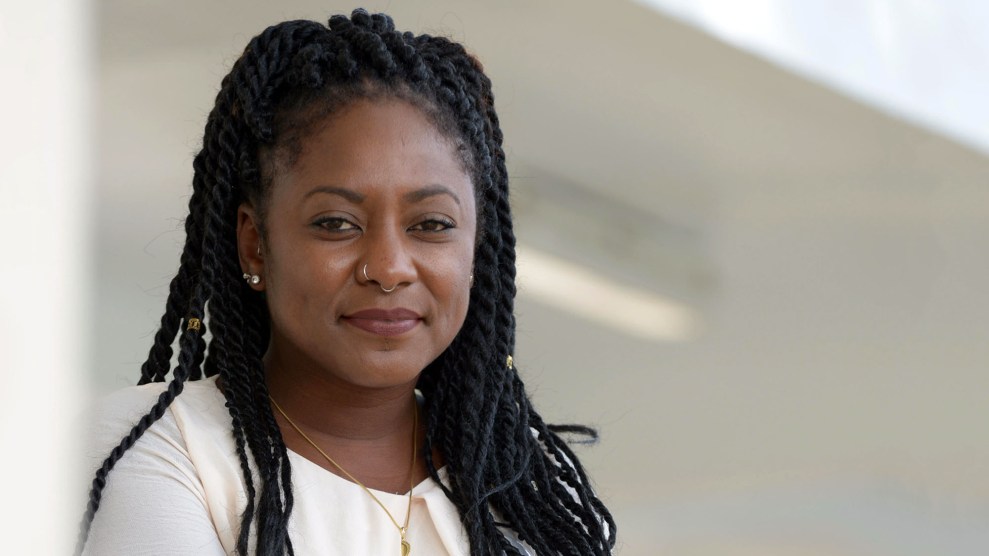 Alicia Garza, whose 2013 Facebook post in response to the acquittal of Trayvon Martin’s killer, George Zimmerman, created a hashtag that later became a rallying cry for the Black Lives Matter movement, is arguably now one of the most influential civil rights leaders of this century. Garza, 36, and her fellow co-founders have since expanded their fledgling racial justice group, Black Lives Matter Global Network, into a national organization with dozens of chapters. BLM members have pushed for criminal justice reforms and worked to elect black candidates to public office. Their activities during the 2016 campaign pressured Democratic presidential hopefuls to publicly acknowledge the movement and the racial disparities it is trying to change.

Since the election, BLM has remained on the front lines, challenging police policies that discriminate against people of color and stepping up to oppose the white supremacists emboldened by the actions and rhetoric of the Trump administration. I caught up with Garza in late August, a few weeks after a young white nationalist plowed his car into a crowd of anti-racist protesters in Charlottesville, Virginia—a protest the local BLM chapter helped organize in response to a white supremacist rally held simultaneously.

“Trump basically said, ‘Come out to play.’ So that’s what [white supremacists] did.”

Mother Jones: What did you take away from Charlottesville?

Alicia Garza: The thing that shocked me was that these [white supremacist] folks were willing to be seen. Historically, aggressors shield their identity, because they know there is only a certain amount of hate and violence that is acceptable above ground. But now you see people in khakis and button-down shirts—people who could be my neighbors—which tells me that they feel empowered and emboldened because of the political climate. Trump basically said, “Come out to play.” So that’s what they did.

MJ: Trump compared the white supremacists to groups on the left such as Black Lives Matter. What potential consequences do you see here?

AG: Conservatives have been repackaging and remessaging racism for 30 years. Now, to talk about race is racist. Under that framework, you can equate Black Lives Matter with the Ku Klux Klan. As long as conservatives are successful in obscuring the dynamics, the impacts, and the consequences of racism, we will continue to have these false equivocations. The president is pushing that message, as well as laws and policies that help to enshrine that message. Jeff Sessions is dismantling consent decrees against the police, and increasing and expanding the rights of law enforcement in ways that contrast [with] civil rights doctrine. That is dangerous not just for black people, but for any group that has ever been marginalized.

MJ: The right has begun to use the term “alt-left” to refer to antifa groups and others that use violent tactics at alt-right rallies. Does that change how you think about counterprotest tactics or whom you choose to partner with?

AG: The term “alt-left” has been adopted on the left as well, and the consequences are far-reaching. It’s not helpful to have a conversation about violence or nonviolence in a vacuum. Our protests are called violent even when they aren’t. So this conservative project of obscuring power relationships and dynamics has gotten everybody confused, and some people on the left aren’t clear who they’re fighting and what they’re fighting for. They are saying, “We can’t be violent in response to violence,” but not actually addressing the racial violence these groups have carried out—not just in the last six months but for the last couple hundred years.

You also have conservatives pushing this narrative because they want to distract from the coalition they’ve built that could dismantle everything we hold dear and true in this country. What happened in the Bay Area [in August]—which I considered to be a very successful response to the presence of white nationalist, white supremacist, and patriot groups—was that people did not get bogged down in this question about violent or nonviolent that obscures the relationships of power. People remembered that we have an enemy that we’re fighting—and it’s not each other. 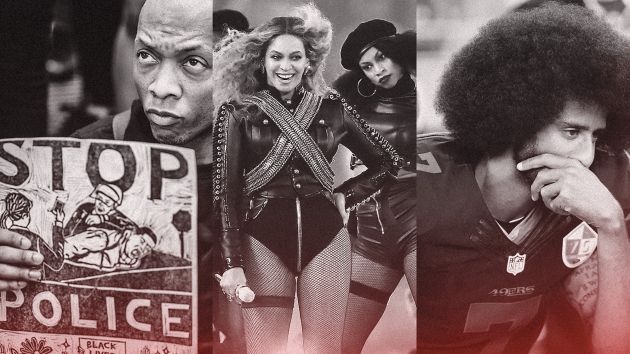 MJ: Trump has argued the left will want to take down statues of George Washington, who owned slaves, or Christopher Columbus, who led a genocide against Native Americans. Do you disagree?

AG: I think we have living monuments to the Confederacy in the White House, in our Justice Department, in our state legislatures, and in our Congress. So where does it end? In regard to the statues, I think everything helps. Things like renaming holidays and removing statues are really a part of a culture-change strategy that I think is important. But it can’t stop there. We can change Columbus Day to Indigenous People’s Day, but if we’re not doing the work to make sure that indigenous nations have sovereignty in this country, or self-determination, or that they have a quality of life that mirrors that which we afford to rich white professionals, then it is merely symbolic. Whether it’s toppling monuments or closing the education gap or closing the school-to-prison pipeline, we need to uproot white supremacy everywhere that it lives. That’s also why it’s important for us to fight for reparations for black people every day—until we get it.

MJ: But how do you do that?

AG: The first step is continuing the steps that Ta-Nehisi Coates took [in The Case for Reparations]—helping people understand that it’s not just about giving money to black people. It’s about transforming systems that disenfranchise black people from the wealth we create.

MJ: Every year since 1989, Rep. John Conyers (D-Mich.) has introduced a bill that would create a congressional commission to study the legacies of slavery and Jim Crow and make recommendations about what to do about it—including, potentially, paying black people.

AG: I appreciate that he’s done that. But that’s never going to pass. Which is exactly why a robust culture-change strategy is necessary.

MJ: So how can activists convince politicians to be more progressive on issues of race?

AG: We have to build stronger relationships. There’s a distrust of policymakers on the left because so much time is spent on politics rather than actually improving people’s quality of life. At the same time, policymakers don’t do enough to build relationships with organizers and often call on them in a transactional way that damages relationships that can produce better policy.

“Black Lives Matter is still leading resistance in this moment. I can’t say the same thing about the DNC.”

Part of where the right has been successful is in building a movement that feels like home for those who are a part of it. Our strategies should learn from the right. It’s not effective to only interact with policymakers when they do the wrong thing. Relationships can be built on both ends, with different outcomes. Shifting political power in this country ultimately has to be rooted in getting out and talking to people outside our echo chambers. It means building the largest coalition possible. We need organizers in our political system, our criminal justice system, all throughout our economy.

MJ: What has Black Lives Matter accomplished this year.

AG: We participated in getting black and brown people to state legislatures, to city councils, to school boards. Everyone is trying to figure out how to operate under a new set of political conditions, but Black Lives Matter is still leading resistance in this moment. I can’t say the same thing about the DNC. I think the question actually is “What does the rest of the progressive movement need to do to make sure it’s not just BLM that’s leading those fights?” We don’t measure growth based on whether CNN is covering us. We measure it based on how many people see themselves as a part of this movement. In that regard, we’re growing.

MJ: What changed for the movement after Charlottesville?

AG: Fighting against white supremacy in the form of  Confederates monuments has created the opportunity to uproot white supremacy in its structural form. It has also brought people’s attention back to the role that Trump and his administration are playing in furthering explicit support for white supremacy, and in creating more room for it. It’s not lost on me that there was a video captured of a traffic stop where an officer jokingly said to a white woman, “Don’t worry, ma’am, we only kill black people.” When the election happened, people became more focused on Trump’s antics than on the strategies he was using to continue to move his agenda. When we have people in the labor movement sitting on Trump’s business councils, it’s confusing for the left—where do you stand? Are you for fascism or are you against it? There’s no middle ground here. There’s no “both sides” here. There is a right and a wrong when it comes to people’s dignity, people’s humanity, and their right to life. So there are still many on the left that need to do some real soul searching to decide how they’ll be known in this moment.