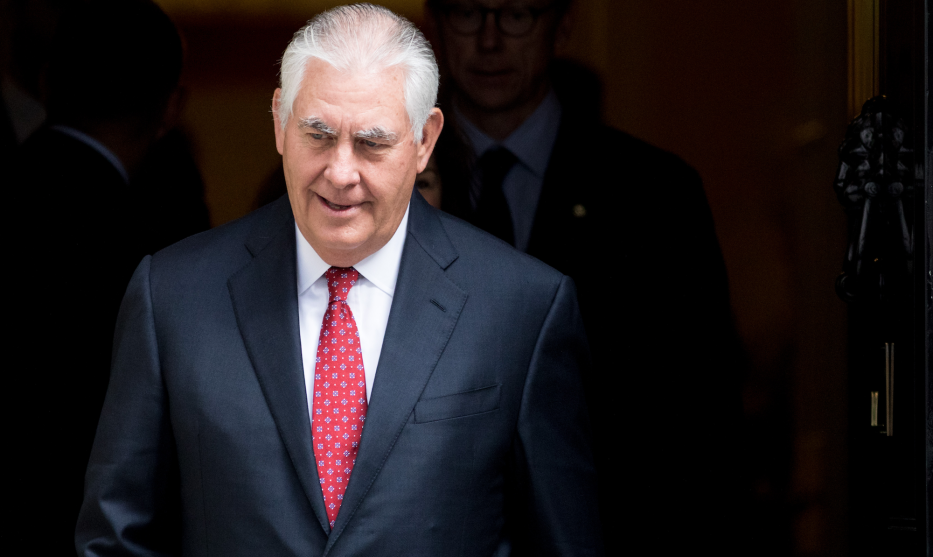 Secretary of State Rex Tillerson refused to confirm or deny reports on Wednesday that he called President Donald Trump a “moron” but insisted that he was not on the verge of quitting his post amid tensions with Trump this summer.

In an unscheduled press conference on Wednesday, Tillerson said he had “never considered leaving this post.” He added, “President Trump and his administration will keep moving as one team doing great things for the Untied States of America, to make America great again.”

The announcement comes on the heels of an NBC report that Tillerson nearly resigned in July after growing increasingly frustrated with Trump over various policy disagreements. In one incident, Tillerson reportedly called Trump a “moron” in front of several Cabinet members and the president’s national security team—forcing Vice President Mike Pence to intervene to persuade Tillerson to remain in his post.

“I’m not going to deal with petty stuff like that,” Tillerson said on Wednesday when asked specifically about the “moron” comment. “This is what I don’t understand about Washington. I’m not from this place.”

On report he called Pres. Trump a "moron," Sec. of State Rex Tillerson says "I'm not going to deal with petty stuff like that." pic.twitter.com/VK7S0eDJ8D

NBC news is #FakeNews and more dishonest than even CNN. They are a disgrace to good reporting. No wonder their news ratings are way down!