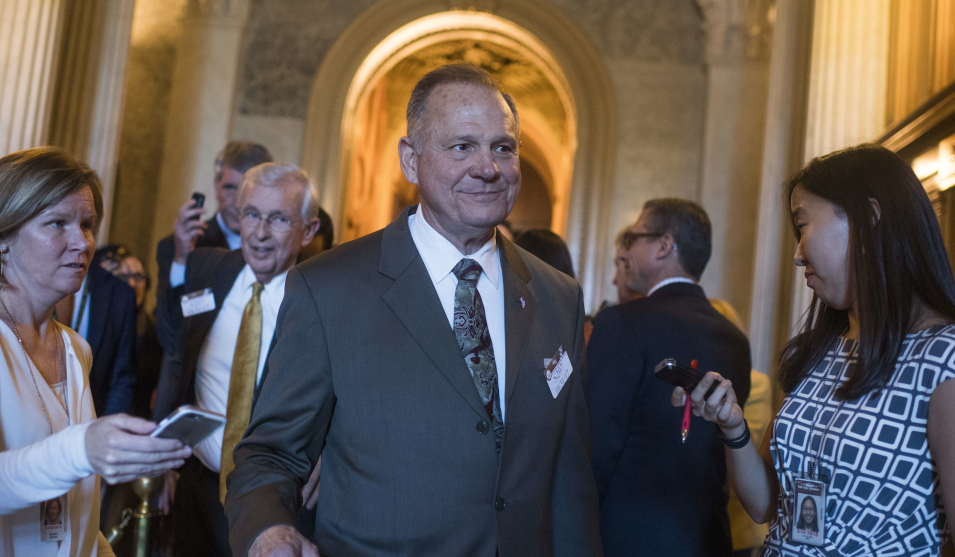 A woman is accusing Roy Moore, the Republican candidate in the Alabama Senate race to replace Attorney General Jeff Sessions, of engaging in sexual conduct with her when she was a young teenager, the Washington Post reports. The Post reports that three other women say that “Moore pursued them when they were between the ages of 16 and 18 and he was in his early 30s, episodes they say they found flattering at the time, but troubling as they got older.”

The youngest woman, Leigh Corfman, says she was just 14 years old when Moore, then a 32-year-old assistant district attorney, removed his clothing while alone with her and “touched her over her bra and underpants and guided her hand to touch him over his underwear.” The other three women said they were 16 to 18 when Moore asked them on dates. One woman was was working as a Santa’s helper at a mall when she says Moore first approached her.

Two of these women told the Post Moore kissed them.

Moore has denied the allegations, dismissing them as a political attack. The Post interviewed more than 30 people for the story.

Shortly before the Post‘s bombshell report on Thursday, Breitbart News published a story preempting the allegations, in what appeared to be an attempt to undermine the Post‘s reporting.