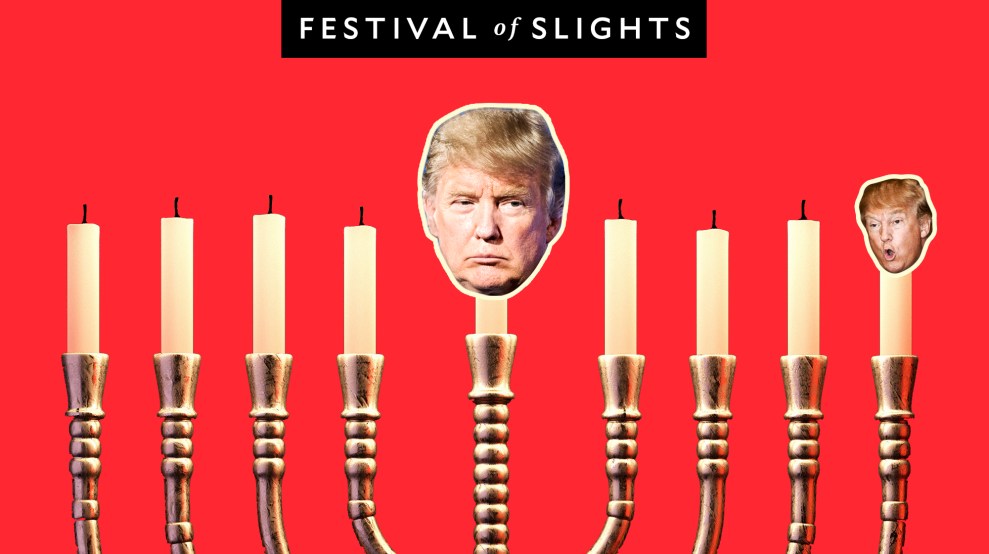 In 1990, Vanity Fair profiled Donald Trump, the man who would become the Pepe King. The article by Marie Brenner is a delicious profile of a celebrity couple at war. At the time, the real estate mogul and “short-finger vulgarian,” as future VF editor-in-chief Graydon Carter once called him, was going through a messy divorce from his first wife, Ivana Trump.

Though born in America, the president’s father, Fred Trump, was of German ancestry, a fact he wished to downplay for business purposes. “After the war, [Fred] thought that Jews would never rent from him if they knew his lineage,” Ivana, as relayed by Brenner, is reported to have said. But, wrote Brenner, the Donald “appears to take aspects of his German background seriously”:

[Trump’s cousin] John Walter works for the Trump Organization, and when he visits Donald in his office, Ivana told a friend, he clicks his heels and says, “Heil Hitler,” possibly as a family joke.

Last April, perhaps in a surge of Czech nationalism, Ivana Trump told her lawyer Michael Kennedy that from time to time her husband reads a book of Hitler’s collected speeches, My New Order, which he keeps in a cabinet by his bed. Kennedy now guards a copy of My New Order in a closet at his office, as if it were a grenade. Hitler’s speeches, from his earliest days up through the Phony War of 1939, reveal his extraordinary ability as a master propagandist.

“Did your cousin John give you the Hitler speeches?” I asked Trump.

Trump hesitated. “Who told you that?”

“Actually, it was my friend Marty Davis from Paramount who gave me a copy of Mein Kampf, and he’s a Jew.” (“I did give him a book about Hitler,” Marty Davis said. “But it was My New Order, Hitler’s speeches, not Mein Kampf. I thought he would find it interesting. I am his friend, but I’m not Jewish.”)

Later, Trump returned to this subject. “If I had these speeches, and I am not saying that I do, I would never read them.”

Trump, like a man who reads Playboy for the articles, may have read Hitler for the communication strategies. Brenner speculated he was looking to the Nazi leader for a final solution to his own ultimate fear: failure. “Perhaps his possession of Hitler’s speeches merely indicates an interest in Hitler’s genius at propaganda,” she wrote. “The Führer often described his defeats at Stalingrad and in North Africa as great victories. Trump continues to endow his diminishing world with significance as well.” At the time, Trump was facing financial ruin, one day telling his then-girlfriend Marla Maples, “You see that [homeless man]? Right now he’s worth $900 million more than me…Right now I’m worth minus $900 million.”

Twenty-six years after Brenner’s article was published, Trump was elected president of the United States, despite receiving 3 million fewer votes than Hillary Clinton and losing the Jewish vote by 48 points, according to exit polling.