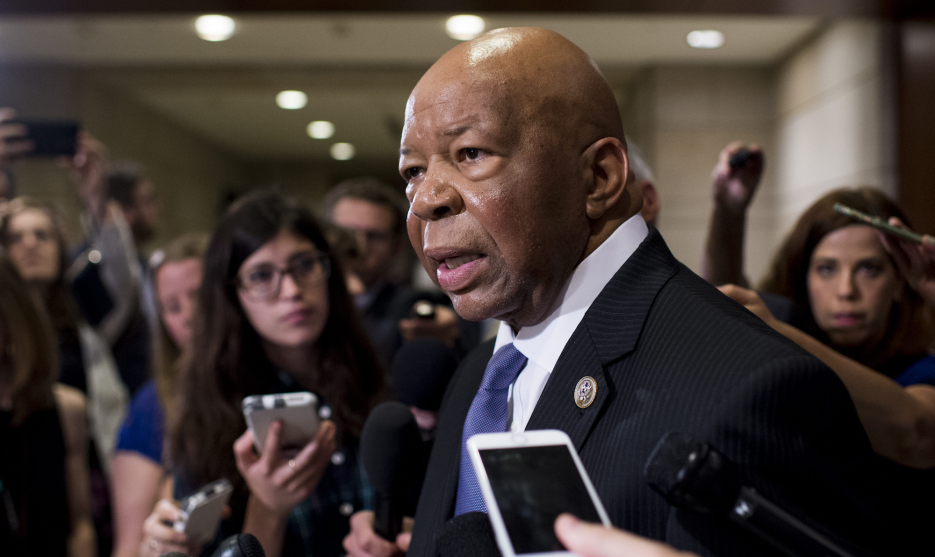 Democratic calls for Congress to launch an investigation into accusations of sexual misconduct against President Donald Trump grew louder Tuesday, with Rep. Elijah Cummings, the ranking member of the House Committee on Oversight and Government Reform, urging the committee to swiftly open a probe and take the claims seriously.

“Congress is in the midst of a critical and long-overdue examination of allegations against its own Members—both before and after they were elected to Congress,” the Maryland Democrat wrote in a statement Tuesday. “It is extremely hard for Republicans to argue that Congress should ignore these multiple allegations. They deserve a bipartisan review, and I hope Chairman [Trey] Gowdy [R-S.C.] will launch an investigation immediately.”

Cummings’ statement, which was issued in response to a letter signed by 59 female members of Congress demanding that lawmakers investigate the matter, came one day after three of Trump’s accusers renewed their allegations in hopes that their stories would be formally addressed in light of the national conversations surrounding sexual misconduct.

Last year, at least 17 women accused then-candidate Trump of sexual misconduct. He has denied every accusation. He previously threatened to sue his accusers after the election, though he has yet to do so.

Trump on Tuesday lashed out at Democratic senators who the day before said the president should resign over the allegations. He specifically singled out Sen. Kirsten Gillibrand (D-N.Y.), claiming in a tweet that she had previously begged him for campaign contributions and had offered to “do anything” in return.

Lightweight Senator Kirsten Gillibrand, a total flunky for Chuck Schumer and someone who would come to my office “begging” for campaign contributions not so long ago (and would do anything for them), is now in the ring fighting against Trump. Very disloyal to Bill & Crooked-USED!

You cannot silence me or the millions of women who have gotten off the sidelines to speak out about the unfitness and shame you have brought to the Oval Office. https://t.co/UbQZqubXZv

Cummings also condemned Trump’s attack on Gillibrand and demanded that he “stop degrading the Office of the Presidency.” Sen. Elizabeth Warren described the attack as an attempt to “slut-shame” Gillibrand.

.@realDonaldTrump: I call on you to issue an apology to @SenGillibrand immediately, take down this tweet, halt your efforts to silence women who speak out, and stop degrading the Office of the Presidency.” https://t.co/OU4LFnh5cH

Are you really trying to bully, intimidate and slut-shame @SenGillibrand? Do you know who you're picking a fight with? Good luck with that, @realDonaldTrump. Nevertheless, #shepersisted. https://t.co/mYJtBZfxiu