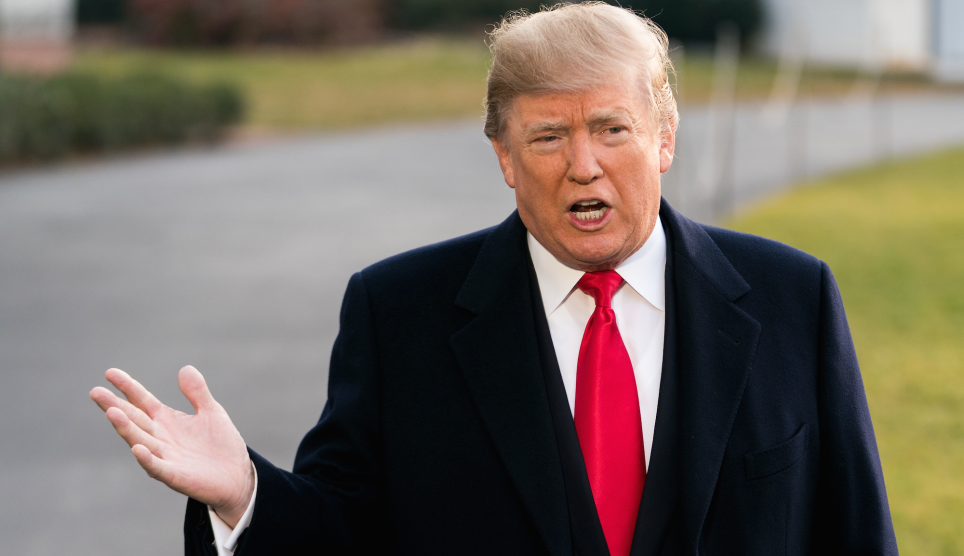 President Donald Trump on Wednesday announced that the United States officially recognizes Jerusalem as the capital of Israel, a decision that breaks longstanding US foreign policy and is expected to provoke widespread protests in the Middle East. The declaration, he said in a press conference from the White House, “marks the beginning of a new approach to the conflict between Israel and the Palestinians.”

“I’ve judged this course of action to be in the best interests of the United States of America and the pursuit of peace between Israel and the Palestinians,” Trump said.

The president also said that he has given orders for officials to start planning the process to relocate the US embassy from Tel Aviv to Jerusalem.

Ahead of the expected announcement, Arab leaders and other heads of state had cautioned against the controversial declaration, warning that the move could destroy any chances of brokering a peace deal between Israel and Palestine. Turkish president Recep Tayyip Erdogan, who has been seen as a close ally of Trump’s, described the issue on Tuesday as a “red line” for Muslims around the world.

Responding to international concern over Trump’s intentions, administration officials earlier this week characterized the impending declaration as a “recognition of reality.”

“It’s not an impediment to peace and it’s not a facilitator to peace,” a senior administration official told CNN. “After having tried this for 22 years, an acknowledgment of reality seems like an important thing.”

Trump on Wednesday echoed those remarks, calling the decision “nothing more or less than a recognition of reality.” He added, “It is also the right thing to do. It has to be done.”