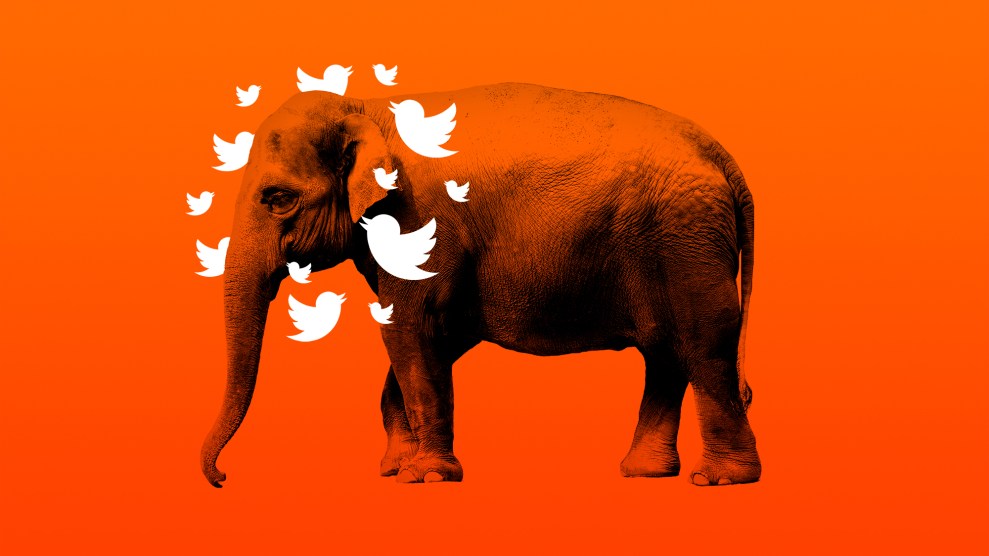 When John McCain checked into Walter Reed Medical Center in December as he continued his battle against cancer, Russian trolls seized the moment to spread a conspiracy theory that the veteran Republican senator was using his health as a pretense to dodge a rising “scandal” concerning the so-called Trump-Russia dossier. Far-right stories attacking McCain – a frequent critic of President Trump – were among the top 10 shared by Kremlin-backed Twitter accounts in the days after McCain was hospitalized, as well as later in the month after he returned to Arizona, according to recent analysis by the cybersecurity project Hamilton 68.

While the vast majority of the attacks from the 600 Twitter accounts tracked in real time by the Hamilton 68 dashboard are aimed at Democrats, the trolls also turn their sights on Republicans who sometimes stand up to Trump. Repeat targets have included Tennessee Sen. Bob Corker, Arizona Sen. Jeff Flake, and Senate Majority Leader Mitch McConnell. National security adviser H.R. McMaster has also been a target. But no Republican has faced more persistent wrath from the Russian-linked accounts than McCain, says Bret Schafer, an analyst for the Alliance for Securing Democracy, a group of national-security experts behind the dashboard working to expose Kremlin meddling in US politics. And those attacks on McCain have intensified in recent weeks.

“In the other cases, it’s usually one day of concentrated activity going after them, any time one of those figures would come out against Trump,” Schafer says. “McCain has been a much more consistent target.”

Schafer says that the trolls tend to spread disinformation from far-right American sites rather than content from explicitly Russian ones. “GatewayPundit.com and TruePundit.com—sites to the right of Breitbart—those are our frequent flyers,” he says. “The Russians are latching onto hyperpartisan content.”

In September, McCain drew the trolls’ fire when he came out against the Graham-Grassley overhaul of the Affordable Care Act; the day after his statement against the bill, six of the top 10 trending topics on the dashboard reflected content attacking the senator. In December, the shared content took a more personal turn, aiming at the senator’s health, including a story from True Pundit carrying the headline, “As the Trump Dossier Scandal Grows and Implicates Him, McCain checks into Hospital.” The True Pundit story claimed: “This is not the fist [sic] time McCain has sought medical treatment after his role in recent anti-Trump scandals have heated up.” Another story promoted from the site quoted “Beltway insiders” as saying, “new demands to answer for his role in either underwriting or promoting the Trump phony dossier are stressing the Arizona senator’s fragile health.”

McCain has a long history of hard-line stances on Russia and he was an early advocate for a bipartisan commission to investigate Trump’s Russia connections. In May he called Russian President Vladimir Putin “the premier and most important threat, more so than ISIS.” After special counsel Robert Mueller’s team indicted former Trump campaign chairman Paul Manafort in October, McCain said, “I told you months ago that this was a centipede and shoes would drop, and I guarantee you more shoes will drop.”

The most prominent theme recently among the Russian-backed accounts is a growing campaign to discredit the Justice Department and FBI, with the trolls pushing a “deep state” narrative.

McCain has been out of the spotlight the past few weeks as he’s battled his illness; he missed the end-of-the-year tax-bill vote, but he issued a statement in late December praising the administration’s plan to supply Ukraine with anti-tank weapons to fight Russian separatist forces. McCain’s office hasn’t commented on the recent social-media attacks against the senator, but the Arizona senator has previously criticized Russian disinformation efforts and noted that he was targeted in some of the fake online advertisements purchased by Russian troll accounts—part of a broader social-media operation that sought to exploit racial divisions and attack U.S. foreign policy. “These Kremlin-backed advertisements are just one element of Vladimir Putin’s long-term goal of undermining democracies around the world,” McCain said last fall. “Putin’s Russia has no meaningful allies, so it seeks to sow dissent among us and divide us from each other.”

Another longtime Republican critic of both Russia and Trump was briefly targeted by the Hamilton-monitored Russian troll network in early January. Mitt Romney, a potential candidate to run for Utah Sen. Orrin Hatch’s seat this November, was the talk of the dashboard accounts on Jan. 2, after Hatch announced his retirement, and #neverromney registered as a trending hashtag on Hamilton the next day. But the accounts soon turned their attention to the fallout from Michael Wolff’s Fire and Fury book, and Schafer cautioned that it’s too soon to say whether they will take an active interest in the Utah Senate race like they did in the Roy Moore Alabama Senate race. He said analysts look for multiple hashtags and urls on a topic to consider it an ongoing campaign. “It’s something we’re definitely going to be tracking over the next couple of months,” Schafer says. “Time will tell whether it’s a race they take a real interest in, or if Romney is just an occasional target that they drag out to curry favor with the pro-Trump crowd.”

Even back in the 2016 presidential primary season, Russian online smear campaigns were spotted attacking Republicans who opposed Trump, according to former FBI special agent Clint Watts, who told the New York Times that Sen. Marco Rubio, former Florida Gov. Jeb Bush and Sen. Lindsey Graham were all targets at the time.

McCain’s and Romney’s support for tough policies on Russia may make them obvious targets for trolls, but the co-directors of the Alliance for Securing Democracy emphasize that the influence campaign transcends party lines. In a recent issue of Democracy Journal, Laura Rosenberger and Jamie Fly wrote: “The Kremlin’s ultimate goal is not necessarily to advance one party over another—though that can be a short-term means to the ultimate end. Moscow’s attack on democracy is not focused solely on elections, but has a broader scope, and a larger target: the norms and institutions that underpin our very democratic system.”

In fact, the most prominent theme recently among the Russian-backed accounts is a growing campaign to discredit the Justice Department and FBI, Schafer says. These attacks increased from around 5% of links shared in September to about 15% of the links in December. The trolls push a “deep state” narrative to undermine the agencies, as well as attack Mueller and his Russia investigation directly. In early December after Mueller’s team indicted former national security adviser Michael Flynn, the network shared stories deriding the “tainted investigation” and claiming “Mueller’s investigation is dead.” “It goes back to the idea that they’re doing this to erode trust in our institutions,” Schafer says.

And in the first week of January, one top-shared story from True Pundit attempted to link a Costa Rican plane crash to former FBI Director James Comey, because the story claimed one of Comey’s former hedge-fund colleagues was killed in the crash. “The article has already kicked off conspiracy theories on sites like Reddit, where ‘citizen investigators’ have begun to piece together ‘coincidences,’” analysts wrote in the Alliance for Securing Democracy’s weekly newsletter. “This is the same formula used in the Seth Rich case, where a wild and unfounded claim was placed online, gained credence through posts and reposts on message boards, and was eventually adopted by more credible news sources.”

Former senior CIA official John Sipher says the FBI is a prime target for Russian influence campaigns because the agency directly threatens Kremlin intelligence operations in the US—and he points out that Trump’s own attacks on federal agencies make the trolls’ job easier. “The Russians know that public support for US security institutions is critical, and that President Trump’s attacks aim directly at that public support.”  Within the Republican Party, Trump’s attacks on the agencies – continuing in recent days – have widened divisions between conservative lawmakers who have piled on the criticism of Mueller and others who worry that the party, which has historically aligned itself with law-enforcement agencies, will be damaged by the offensive. “You can’t have a situation where people say, ‘Oh, you can’t trust the F.B.I.,’” New York Rep. Peter King recently told the New York Times. “That creates a spirit of anarchy.”

Left-leaning audiences have been targeted by Russian disinformation efforts, too: Fake “LGBT United” and “Blacktivist” Facebook pages were among the accounts shut down last year when it was revealed they were operated by the Internet Research Agency troll farm in St. Petersburg, Russia. But campaigns aimed at liberal Twitter users don’t often show up in the Hamilton dashboard, which focuses on a coordinated network of accounts that put out 20,000 to 25,000 tweets a day tailored to a far-right, pro-Trump audience, Schafer says. “This is an alt-right audience targeted by the Russians that is being spoon-fed disinformation.”

Schafer says he and his colleagues are exploring how best to capture Kremlin influence campaigns that target a left-leaning audience on Twitter, and they hope to gain a better understanding of those efforts. “The Russian bots and trolls aren’t just pro-Trump,” he says. As long as they’re fomenting division and chaos, “they don’t really care.”