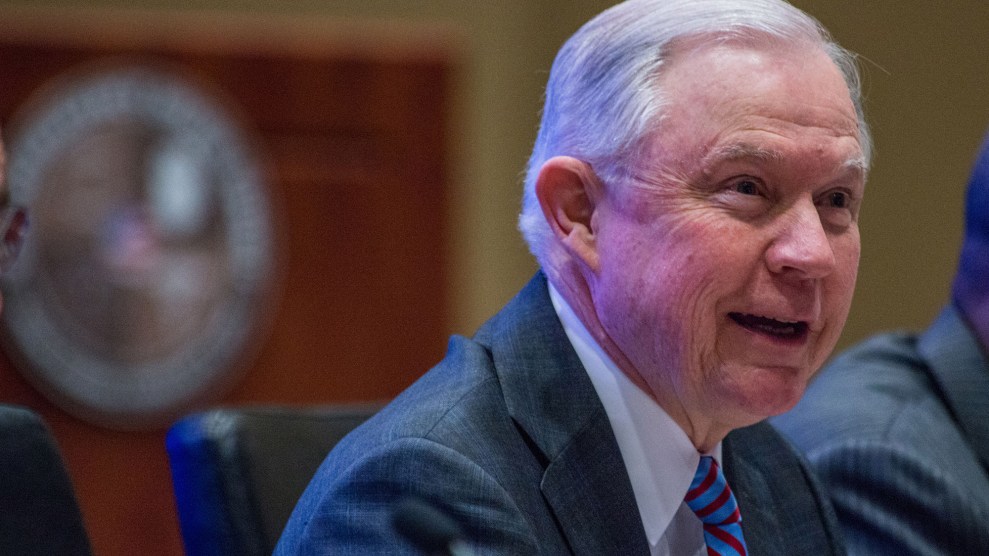 At a Heritage Foundation event celebrating Ronald Reagan’s birthday this week, Jeff Sessions made a familiar argument: Easy access to marijuana is helping fuel the opioid epidemic. The Drug Enforcement Agency says that the vast majority of heroin addiction starts with prescription painkillers, he acknowledged, but “We think a lot of this is starting with marijuana and other drugs, too.”

A 2016 study found that marijuana use was associated with a 64 percent reduction in opioid use among patients with chronic pain.

But a growing body of evidence suggests that legal access to medicamarijuana could in fact help reduce overdose deaths. The latest study, published by the RAND Corporation this week, found that states that allowed liberal access to marijuana through legally protected dispensaries saw reduced deaths from opioid overdoses. States that legalized the drug but didn’t allow dispensaries didn’t see the same pattern.

Among states with dispensaries, those that legalized medical marijuana before 2010 saw larger reductions in opioid deaths than those that legalized it afterwards. The authors hypothesize that’s because the late adopters tend to have more stringent rules that make it harder to get marijuana, requiring patients to take additional steps such as registering with the state or repeatedly seeing a doctor to confirm a need for medical marijuana. (The researchers examined state-level data from 1999 to 2013, so weren’t able to gauge the effects of legalizing recreational marijuana altogether.) “The key feature of medical marijuana law that facilitates a reduction in overdose rates is a relatively liberal allowance for dispensaries,” the researchers concluded.

The reason for this, previous research has suggested, is that marijuana can help treat chronic pain, thus reducing the need for opioids. In a 2017 paper entitled “The Role of Science in Addressing the Opioid Crisis,” National Institutes of Health director Francis Collins and National Institute on Drug Abuse director Nora Volkow wrote, “There is strong evidence of the efficacy of cannabinoids, including tetrahydrocannabinol (THC), in treating pain.”

The most comprehensive review on the medical effects of marijuana to date, published last year by National Academy of Sciences, Engineering, and Medicine, examined more than 10,000 studies on marijuana and found evidence that marijuana and its synthetic cousins, cannabinoids, reduce chronic pain, as well as muscle spasms from multiple sclerosis and nausea from chemotherapy. The study also found evidence of downsides, like increasing the risk of bronchitis, schizophrenia, and anxiety.

A 2016 Journal of Pain study found that marijuana use was associated with a 64 percent reduction in opioid use among patients with chronic pain.

It’s not that Sessions hasn’t heard about this mounting evidence. “I’m astonished to hear people suggest we can solve our heroin crisis—have you heard this?—by having more marijuana,” he said at a meeting of law enforcement last spring. “I mean, how stupid is that? Give me a break.”