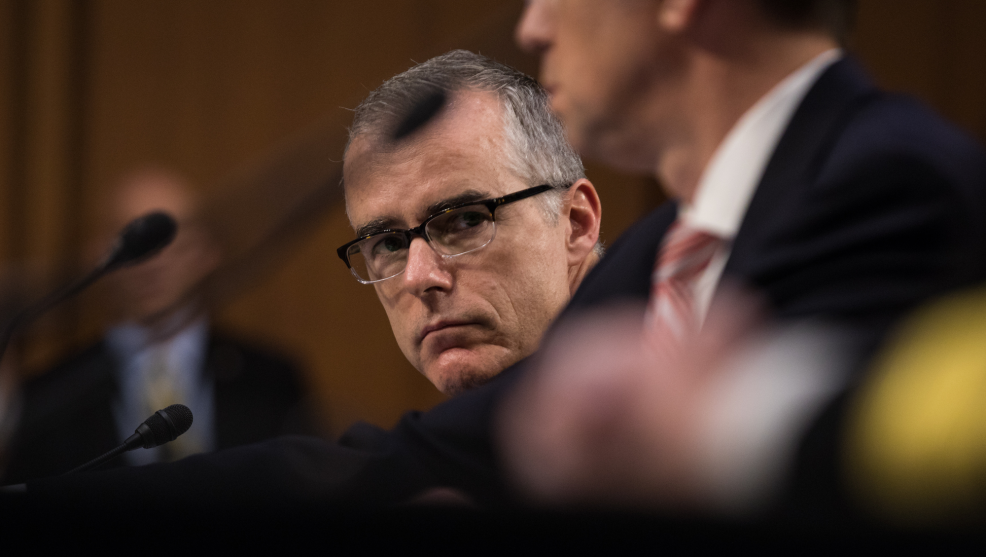 Update, 4/2: After reaching more than $500,000, the GoFundMe will soon stop accepting further donations. “The outpouring of support on GoFundMe has been simply overwhelming and has led to contributions that have left us stunned and extraordinarily grateful,” McCabe said in statement. “The GoFundMe campaign began organically, with generous people spontaneously giving to accounts that others had set up. I never imagined that I would need to rely on this type of assistance.”

And it’s only Friday.

The 21-year FBI veteran was fired by the bureau just two days before he was set to retire, a punitive move that could deprive McCabe of his full retirement benefits. The stunning dismissal came after months of public and private attacks by President Donald Trump, who repeatedly accused McCabe of being politically biased against him. After McCabe’s firing, Trump gloated about his dismissal on Twitter.

“Andrew McCabe’s FBI career was long, distinguished, and unblemished,” reads the GoFundMe page, which was organized by his friends. “He embraced the most daunting, difficult, and important challenges that the FBI and the country could assign to him over the past 21 years.”

“Unfortunately, the need for a legal defense fund is a growing reality,” it continues. “Media reports indicate that at a minimum, there are a number of congressional inquiries that he will be required to respond to, as well as the broader Office of the Inspector General (OIG) investigation that is ongoing, and any potential lawsuits he might consider.”

Many viewed Attorney General Jeff Sessions’ firing of McCabe as a concession to Trump, though the official justification cited for McCabe’s ouster was his supposed “lack of candor” during congressional testimony. A week after the extraordinary dismissal, it was reported that almost a year before his firing, McCabe had authorized a criminal investigation into whether Sessions had been truthful when testifying about his contacts with Russian officials.