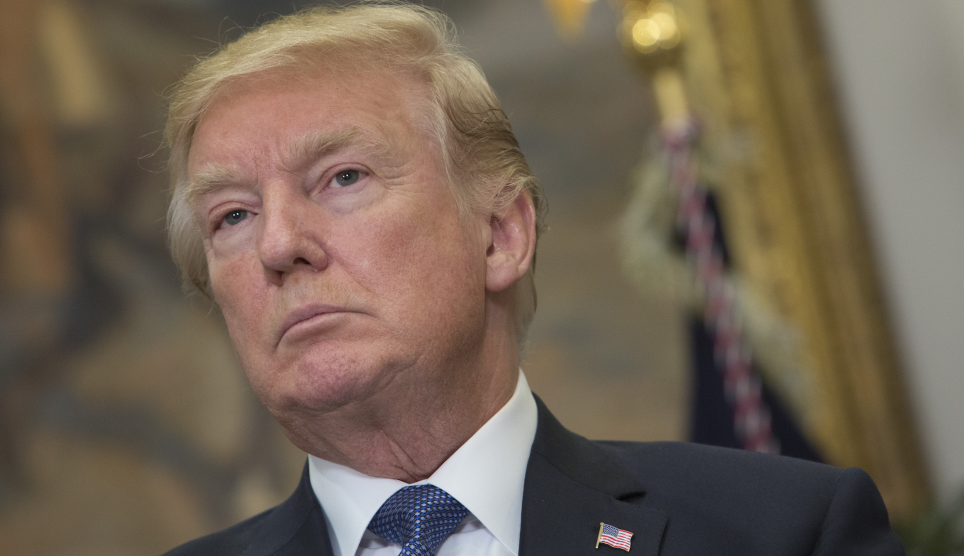 Democrats are laying into Donald Trump after he had Attorney General Jeff Sessions fire deputy FBI director Andrew McCabe late Friday night, only days before McCabe was set to retire with full benefits. While Trump considered it a victory, leaders on the other side of the aisle had harsh words for the president.

Rep. Eric Swalwell (D-Calif.), who is on the House Intelligence Committee, said Trump would be fired soon.

Gloat now, but you will be fired soon. And it’s not going to be done cowardly, as you’ve done to so many who’ve served you. There’s a storm gathering, Mr. President, and it’s going to wipe out you and your corrupt organization all the way down to the studs. https://t.co/I0UlNAlwxI

John Brennan, who led the CIA from 2013 to 2017, fired back at Trump saying he would go down in history as a “disgraced demagogue.”

When the full extent of your venality, moral turpitude, and political corruption becomes known, you will take your rightful place as a disgraced demagogue in the dustbin of history. You may scapegoat Andy McCabe, but you will not destroy America…America will triumph over you. https://t.co/uKppoDbduj

And Sen. Ben Cardin (D-Md.) said on Fox News that McCabe’s firing “looks very much like it was vindictive and political.”

I interviewed Andrew McCabe during a closed door Judiciary Committee Hearing. You should read his statement below. I believe him.

But even if you disagree, the punishment he is receiving is far out of proportion to his 21 years of service. McCabe will win his appeal. https://t.co/B3DZhETPs7

Trump, who previously had former FBI chief James Comey fired in a humiliating fashion—Comey learned of his ouster from TV news—gloated after the late night announcement, calling the firing a great day for democracy.