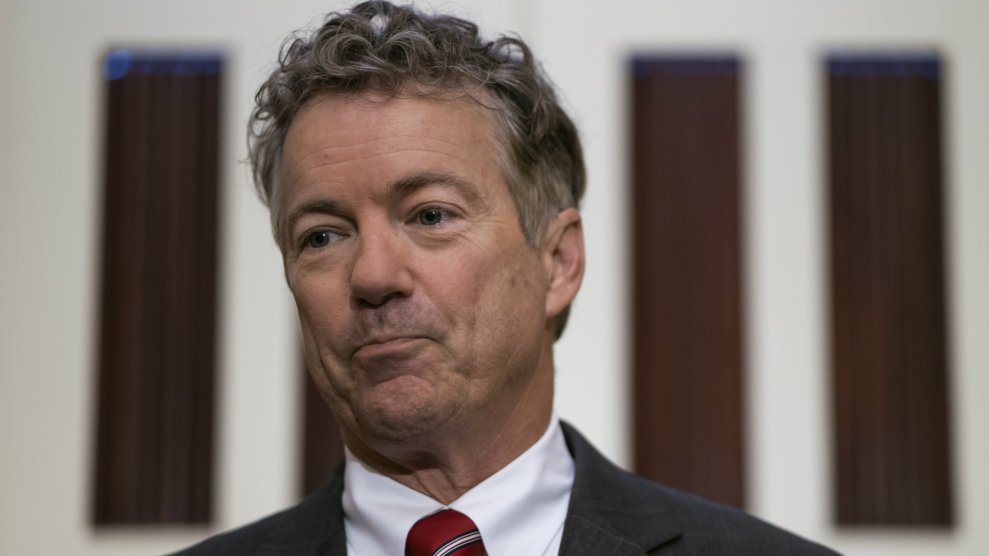 In a major reversal, Republican Sen. Rand Paul announced Monday afternoon that he would support Mike Pompeo’s nomination to be secretary of State. The Kentucky senator had previously criticized Pompeo’s support of the Iraq War and had threatened to vote against him in the Senate Foreign Relations Committee. Had Paul done so, Pompeo would likely have failed to win support from a majority of the committee—though he would likely still have been confirmed by the full Senate.

Paul tweeted Monday that he “received assurances” from President Donald Trump and Pompeo that Pompeo now believes “that the Iraq war was a mistake, and that it is time to leave Afghanistan.” Paul then announced he would vote in favor of Pompeo’s nomination.

I just finished speaking to @realDonaldTrump, after speaking to him several times today. I also met with and spoke to Director Pompeo.

After calling continuously for weeks for Director Pompeo to support President Trump’s belief that the Iraq war was a mistake, and that it is time to leave Afghanistan, today I received confirmation the Director Pompeo agrees with @realDonaldTrump

President Trump believes that Iraq was a mistake, that regime change has destabilized the region, and that we must end our involvement with Afghanistan.

Having received assurances from President Trump and Director Pompeo that he agrees with the President on these important issues, I have decided to support his nomination to be our next Secretary of State.